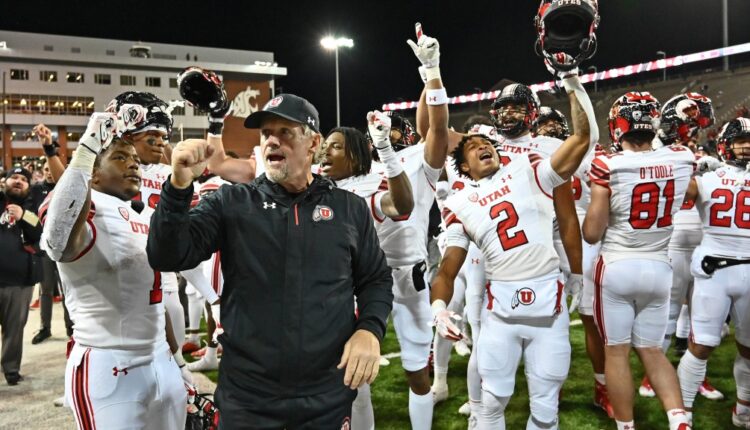 The USC Trojans are facing the Utah Utes in the Pac-12 title game on Friday night in Las Vegas.

The Trojans’ only loss this year came against Utah on a last-minute two-point conversion by Cameron Rising, and now USC has a chance to get revenge on Utah and secure a spot in the College Football Playoff.

Utah finished the year with a 9-3 overall record with losses against Florida, UCLA, and Oregon. With the reigning Pac-12 champions playing USC, let’s look back at the year for the Utes and their 12-game schedule with some notes about each contest.

The Utes fell to Florida in a stunning game. Florida’s Anthony Richardson had three rushing scores, and Utah’s Tavion Thomas began the year with 115 rushing yards and a score.

This game a was a blowout. The Utes had five rushing scores, Cam Rising had 254 yards passing and three scores, and Southern Utah had just 85 total yards.

The Utes blew out the Beavers, 42-16, in Utah. Cam Rising had four total scores (one on the ground) and Utah had a pair of interceptions each off Chance Nolan and Ben Gulbranson.

The Utes lost to the Bruins at the Rose Bowl, 42-32. Dorian Thompson-Robinson has five total touchdowns for UCLA, and Zach Charbonnet gashed the Utah defense for 198 yards and a score on 22 carries (9.0 average per carry).

Cam Rising didn’t have a passing score, and all three touchdowns were via the rushing game.

This was one of the best games of the year. Cam Rising scored a game-winning 2-point conversion with less than a minute left to get the 43-42 win. The Utes allowed Caleb Williams to throw five touchdowns, but Cam Rising has five total scores of his own, including three on the ground. Tight end Dalton Kincaid went nuclear for 234 yards and a score on 16 catches.

This was a low-scoring affair for Utah in a 21-17 win. Bryson Barnes started the game at QB in place of an injured Rising, and Jaylon Glover led Utah in rushing with 76 yards and a touchdown.

Jayden de Laura was held in check by Utah, as the Wildcats’ QB finished with a 10-20 line for 159 yards and 10 carries for 13 yards and a rushing touchdown.

The Utes had five rushing scores, and Ja’Quinden Jackson led the way with 97 yards and one touchdown on 13 carries.

Utah absolutely throttled Stanford, 42-7. Tavion Thomas had 180 yards and a pair of rushing touchdowns while Stanford had just 177 total yards.

Utah imploded against the Ducks. Cam Rising went just 21-38 for 170 yards and three interceptions with zero touchdowns. Dalton Kincaid had 11 catches for 99 yards, but both teams combined for just one field goal in the final quarter.

Utah ended the year by destroying one-win Colorado in Boulder, 63-21. Cam Rising had three touchdowns, while Ja’Quinden Jackson had three rushing scores and 117 yards in 10 carries. Dalton Kincaid had 102 yards on five catches and a score, and a 42-point first half ended the Buffs’ ugly year.

Utah was superb at home but stumbled several times away from home. Related: Cam Rising did not play his best football away from Salt Lake City. Can he do that in Las Vegas in a neutral-site game?

A New Use for Dating Apps: Chasing STIs