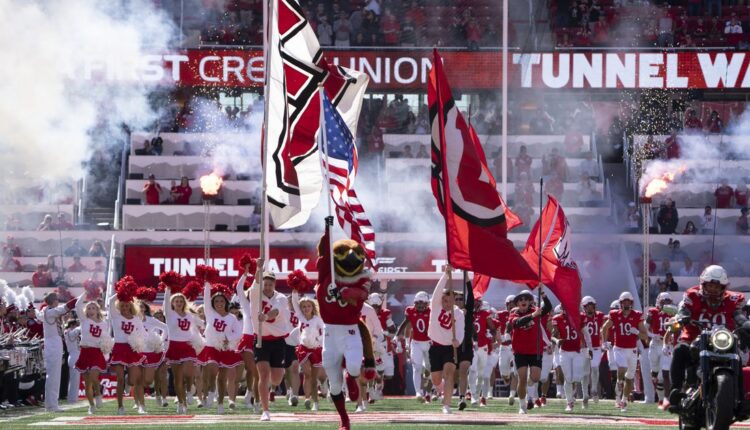 Here is all the information a fan could need whether they are traveling to Vegas or staying home.

The University of Utah is back in the Pac-12 championship game.

After winning Saturday (and getting some help from Oregon State and Washington), the No. 12 Utes will face off against the No. 4 USC Trojans.

Utah is the reigning Pac-12 champion and will be appearing in the title game for the fourth time in the past five seasons.

Cam Rising and the Utes (9-3, 7-2 Pac-12) beat Heisman hopeful Caleb Williams and the Trojans (11-1, 8-1) earlier this season in Salt Lake City in the first meeting between the two teams.

Here’s the definitive guide to the game for Utah fans.

When is the game?

Where is the game?

At Allegiant Stadium in Las Vegas.

Where do I get tickets?

Ticketmaster or Vivid Seats. Resellers like StubHub and SeatGeek also have tickets available for the game. Generally, they range in price from $45 to nearly $8,000.

How much is a flight to Vegas from Salt Lake City?

Flights arriving to Vegas on Thursday and leaving Saturday start around $230 roundtrip and increase from there depending on the airline.

What if I want to drive?

The drive from SLC to Vegas is generally about six hours. For those trying to avoid Friday traffic heading into Vegas, a drive Thursday might make the most sense.

All that seems to suggest a mostly pleasant driving experience to Vegas.

Where can I watch the game on TV?

The game will be televised on FOX. Pre- and postgame coverage can be seen on the Pac-12 Network.

An Unexplained Injury Discovered After Eye Surgery. What Should Happen Next?