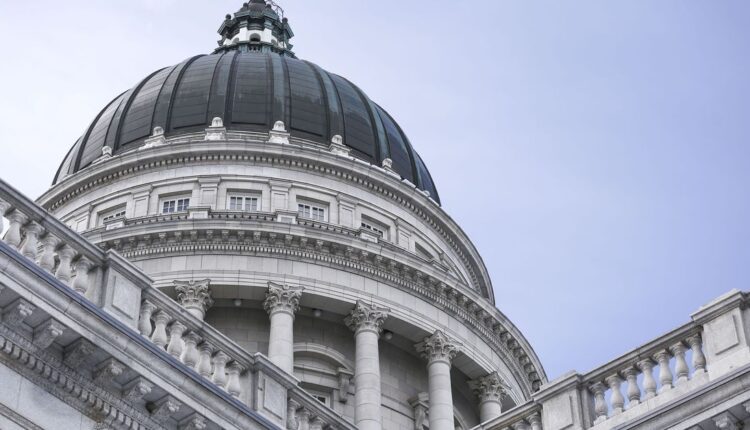 SALT LAKE CITY – Utah lawmakers on Monday decided to finalize a $ 100 million tax cut package that would benefit some families with children, veterans and seniors.

With their passage on Monday, two of these bills are now going to Governor Spencer Cox for his review. One waits for final approval in the Senate.

Parliament voted 70-2 to approve Senator Lincoln Fillmore’s SB153, which would set aside nearly $ 55 million to expand the dependent exemption that was lost to federal tax changes in 2017 and a tax hike for many Utah families led. SB153 would cut taxes by an average of $ 140 per year for over 388,400 taxpayers.

Almost simultaneously, the Senate voted 27-0 to approve Rep. Walt Brooks’ HB86, which would use approximately $ 18.3 million to abolish income tax on some Social Security incomes and target Utah seniors on fixed incomes Life. Fiscal analysts estimate that taxes would be cut by an estimated $ 280 per year for approximately 63,220 Utahns.

The House also voted 69-2 to approve Senator Wayne Harper’s SB11, which would use $ 23.8 million to eliminate income taxes for Utahns on the military retirement pension. Financial analysts estimate that SB11 would reduce the tax burden of nearly 18,100 people by an average of $ 1,315 per year.

SB11 was changed on a House Committee and returned to the Senate for final approval after the House vote, which is expected.

The three-bill tax cut package received legislative blessings from both the House of Representatives and the Senate last week.

Cox has also indicated that he will sign off on the tax cut package.

“I proposed $ 80 million in my budget, but with our new budget figures, a tax cut of $ 100 million is perfectly justified,” Cox tweeted last week. “And targeting young families, seniors and retired military veterans is the right policy. A tip for the legislator. ”

I suggested $ 80 million in my budget, but with our new budget numbers, a $ 100 million tax cut is perfectly justified. And targeting young families, seniors, and retired military veterans is the right policy. A tip for the legislator. https://t.co/X6ANtohL9n

Another tax proposal that hasn’t gained momentum – Fillmore’s SB206, which would lower the state’s income tax rate – has stalled in the Senate. Fillmore tried unsuccessfully to vote on the bill on Monday morning.

“I think we’ve made the tax cuts we’re going to make,” said Senate President Stuart Adams, R-Layton, after reporters Adams asked about the status of SB206 following the Senate adjournment this morning. In the course of budget negotiations, Adams said there was no funding for the general income tax rate cut this year, and lawmakers endorsed the targeted approach in the $ 100 million senior, family and veteran tax cut plan.

Legislators also took some of their final moves on Monday to approve the rest of the budget after revealing those additional funds on Friday evening. He provided an additional $ 238.6 million in current funds and $ 676.6 million in one-time funding to the state’s total budget of over $ 20 billion.

As the legislature approaches the final budget for 2021, one last piece remained uncertain from Monday: the infrastructure.

There’s still roughly half of the state’s $ 1.3 billion one-time revenue this year that won’t be used – meaning lawmakers must invest even more in infrastructure investments. On Thursday, House legislators unveiled a massive $ 2.26 billion transportation proposal, including $ 1.4 billion in bonds, but House and Senate leaders disagreed on whether the state did so should take on a lot of debt.

“It’s not resolved,” he said. “I think that’s the only problem.”

Dog set on fire, let loose near I-80 in Magna