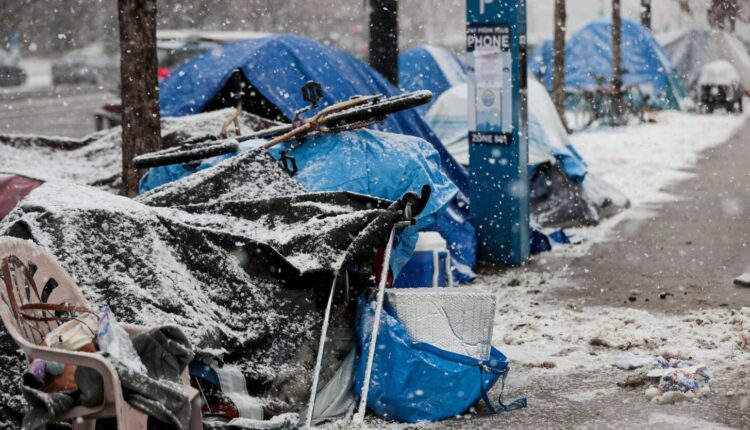 Five unsheltered people have died on Salt Lake City’s streets over the past couple of days amid freezing temperatures, state and city officials confirmed Tuesday.

The increase will further flex the capacity beyond the state’s required plan for winter overflow, as required by Utah law. The increased capacity is estimated to bring around 25 additional beds to each of Salt Lake City’s homeless shelters.

South Salt Lake Mayor Cherie Wood and Millcreek Mayor Jeff Silvestrini are also posed to pass similar declarations to increase capacity across the county, said Mendenhall. Overall, an additional 95 beds will be brought into the winter overflow system with the declarations.

“We are working together in a more collaborative and coordinated way than I can ever remember, and I’m very grateful,” Mendenhall said.

The additional beds will not be immediately available and will “take some time to ramp up,” said Utah Homelessness Coordinator Wayne Niederhauser.

Any unspent funds from existing contracts will be utilized by the State Office of Homelessness for overflow shelter to cover additional needs, such as staffing and transportation.

“This is a tremendous and critical function. And we need it to ensure that people can not only have a place to sleep but can get better with the transportation that’s needed,” Mendenhall said. “Together it’s our hope that by enabling this additional capacity, the operators of each of the shelters will be able to offer the space and our countywide system needs now in order to guarantee the availability of a bed for anyone seeking shelter.”

Temporary winter overflow shelter has increasingly become a problem over the years, with providers and city leaders scrambling to find enough beds before the first snowfall since the closure of the Road Home’s downtown shelter in November 2019. This year was posed to be different due to the new state law requiring cities to submit a plan for summer and winter overflow to the Office of Homeless Services.

The plan seemed to be working well with 340 winter expansion overflow beds — a record amount — ready and available faster than ever before since Rio Grande.

“I felt pretty confident the state was leading that charge by statute and then that confidence was shattered over the last week with the amount of people that are accessing shelter,” Niederhauser said.

The shelters’ capacity had been monitored weekly and had not met capacity in previous months, according to Niederhauser. The dramatic drop in temperatures has brought the shelters to capacity. 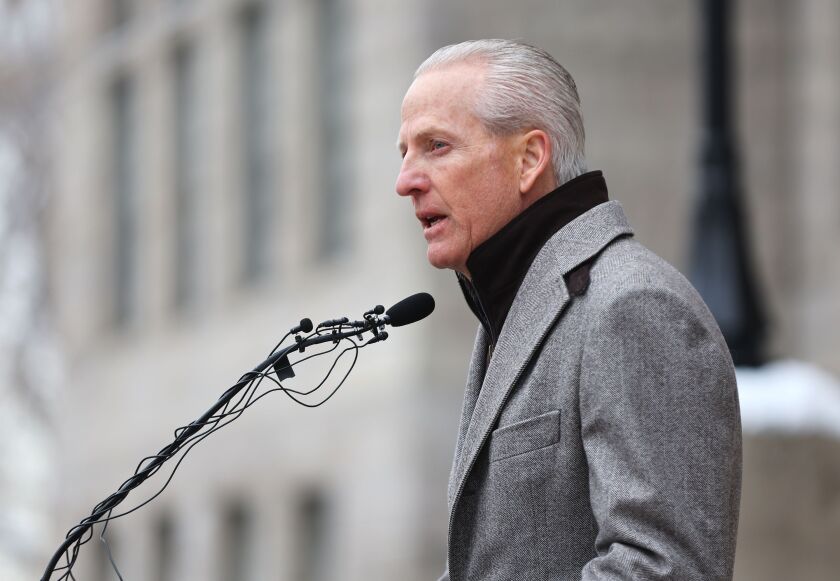 In response to the need over the weekend, several advocacy groups worked to open the doors of the First United Methodist Church to help fill the gaps. Around 80 individuals were able to seek shelter through these efforts.

“I want to say how grateful we are for the marathon efforts of efforts in the city and a local church downtown who over the past weekend worked quickly and worked together to provide an indoor option for so many people who volunteered who didn’t have any other option . Our community’s commitment to this issue is unwavering and I’m grateful for it,” Mendenhall said.

Officials said that the Millcreek location did show availability over the weekend but noted that transportation may have been an issue in filling those beds.

“There have been other snowstorms since the winter shelters opened in early November and they did not reach capacity through those storms,” ​​Mendenhall said.

Salt Lake City’s overnight lows have fallen into the teens over the past few days. This month’s average temperature is currently 25 degrees, a full degree below normal. National Weather Service meteorologists also warn that a storm arriving Wednesday may cause overnight temperatures to plummet into the single digits with even lower wind chill temperatures.

The emergency declaration will only last for 30 days and will then be brought to the Salt Lake City Council for consideration, according to the mayor.

“We’re also laser-focused now as an office about addressing additional shelter for future years so that we have a place that we don’t have to worry about, a place that can flex, a place that people can go and that will have sufficient space for individuals seeking shelter during the winter and in the summer,” added Niederhauser.

Details surrounding the five deaths were not immediately available.