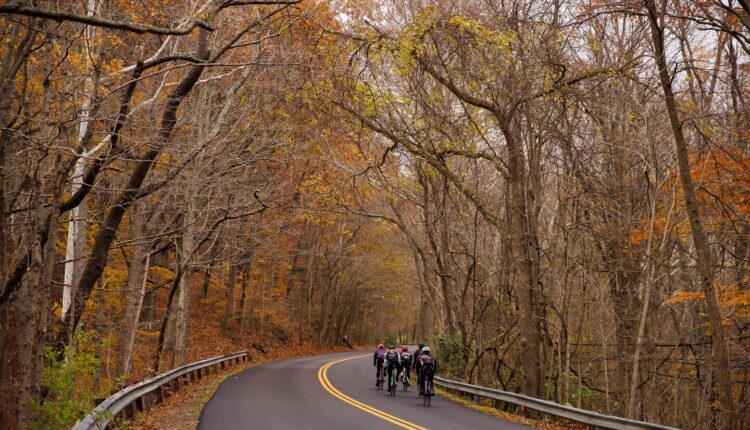 The Routes: The 349.8 mile long USBR 77 drops off the Idaho border and heads south into Cache Valley, named after the early trappers who hid their furs and provisions (“cacher” in French) here. From Logan, a university town on the Logan River, cyclists roll through the Wasatch Front and the eeny, meeny, miny, moe towns of Ogden, Salt Lake City and Provo. The route heads into the Fishlake National Forest at an elevation of more than 8,300 feet, where aspens form a halo around the largest natural mountain lake in the state. The trip ends in Torrey, the gateway to Capitol Reef National Park, and connects the USBR 70 from Cedar City to the Colorado border. The 40.6 mile long USBR 677 takes a panoramic route along Utah Lake, a freshwater lake shaped like a butterfly’s wing. The 88.8 mile long USBR 877 bridges two other routes: USBR 77 in Sigurd, a small town with Danish roots, and 79 in Panguitch, northwest of Bryce Canyon National Park. The 9.4 mile long USBR 679 represents the missing link between USBR 70 in Duck Creek Village, a trailhead for national parks, and USBR 79 on Highway 89. The 269.3 mile long USBR 79 existed before this final round of additions, but it did stopped short of the Arizona state line. Now bikers can ride the final miles from Kanab, an outdoor adventure center and movie location known as Little Hollywood, to the southern exit of Utah.

The police chief of Naples, Andrew Cox, passed away unexpectedly

A Covid Head-Scratcher: Why Lice Lurk Despite Physical Distancing