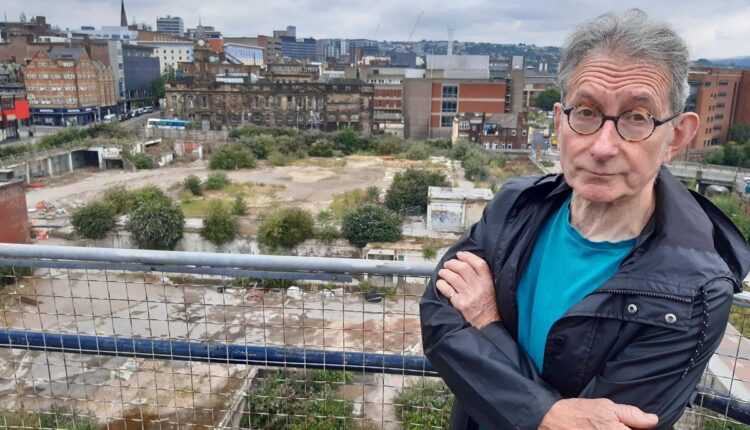 He says the plans are vague, there is no timetable for spending and public consultation has yet to begin. The first on-site activity – boreholes for survey work – starts next week.

Simon Ogden, chair of the Sheaf and Porter Rivers Trust, spoke out over progress at Castlegate.

Mr Ogden said: “Winning £20m of Leveling Up money back in October 2021, the majority for reclaiming and restoring the castle site, was a huge achievement by the council.

“But since then the trust’s representatives, along with other Castlegate partners, have been asking, with little success, for a program of work and public engagement and for representation of senior officers and councillors at its meetings.

“Nine months after funding was approved and with only 22 months until the spending deadline, survey work is only about to start and there is still no fixed date for public consultation.

Castlegate is at the confluence of the River Sheaf and the River Don, and the site of the castle demolished in 1648. It was also the historic home to Sheffield markets until Castle Market was demolished and moved to The Moor.

“Whilst some dialogue has finally started we feel the project as a whole is lacking in clear leadership, disconnected, under-resourced and that the support, experience and goodwill the partners such as the voluntary friends, trusts and universities are offering is in danger of being wasted.

“We only want to help and to get the best and most ambitious outcomes for Sheffield people.”

Artist’s impression showing the River Shea, an interpretation center at the site of remaining castle foundations and new buildings.

Sheffield City Council’s Leveling Up Fund bid states: “Castlegate is the birthplace of Sheffield. At the confluence of the River Sheaf and the River Don, this was once the heart of the city, and the site of the castle demolished in 1648.

“Once a thriving commercial area, it has lost its identity and purpose. The Castle project will re-establish Castlegate as a vital part of the city centre.

“The River Sheaf will be de-culverted and complemented by new green space and public realm. Land will be readied for future development, with a first anchor already identified.”

Discussions are underway with The Sheffield College for a new sixth form and adult education facilities, the council says, adding: “Other plots will be activated by ‘meanwhile uses’ that encourage healthy lifestyles.”

The disused Market Tavern on Exchange Street, owned by the authority, is also in the plans.

A council spokeswoman insisted the works were on track and surveys had been conducted for a master plan and detailed designs. And the money would be spent by the March 2024 deadline.

She added: “Public consultations have already begun and carried out by the live works team who held a series of workshops during July. More will follow once the master plan and design ideas are more developed.”

Meanwhile, working groups were being set up which would include members of the Castlegate Partnership.

Tammy Whitaker, head of regeneration and property, is lead officer and Julie Grocutt and Mazher Iqbal, co-chairs of the transport and regeneration committee, were the lead councillors, she added.

To continue holding the powerful to account and giving people a voice, The Star needs you to subscribe, please