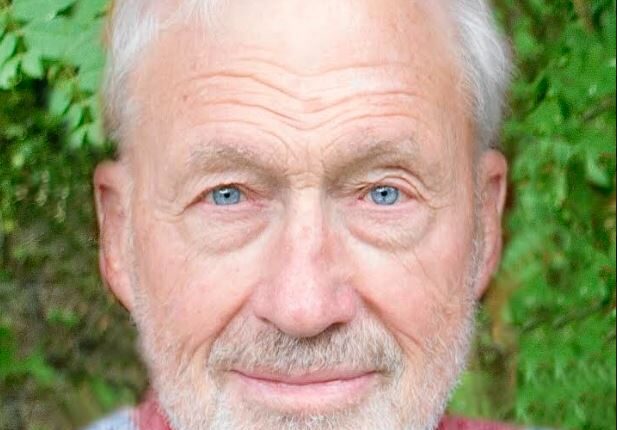 Alma Devon “Rip” Leavitt was born on Christmas Eve in 1930 in Ogden, Utah. He was son of Josiah Thomas Leavitt and Flora Christine Harder and the youngest of 10 kids. He graduated from Ogden High School and went into the National Guard. He was a fireman with the Ogden City Fire Department and a Master Electrician with Leavitt Electric. He got his nickname “Rip” from sleeping through multiple fire alarms as a fireman.

He married Bette Jane Torman and they had four children: Kim (Gail) Leavitt, Lori (Dan) Donaldson, Cindee Leavitt Jessop, and Jefre (Dorie) Leavitt. He was a member of the Church of Jesus Christ of Latter-Day Saints and was sealed to his family in the Ogden temple. His pride and joy was his 16 grandkids, 35 great grandkids, and 3 great-great grandkids.

He is known for taking family members to “pig out” strictly at 11am to a rotation of his favorite local restaurants such as Javier’s, Maddox, and Ogden Pizzeria. He loved to take his grandkids to get ice cream at Country Boy Dairy and for hamburgers at Wangsgards Grill.

His hobbies were work, work, and work. He loved to drive his tractor and his truck. His truck had the name “Rip” on the door. He was a big tease. If you knew him, you heard his jokes about the difference between legal vs. illegal (ill eagle is a sick bird) and why the bike kept tipping over (it was just “two tired”). He loved pushing grandkids on the swing and he would do it for hours on end.

After visiting his daughter who lived in Mexico, he adopted the name Abuelo, and loved to joke that he was “flojo” and “gordo” and “loco.” Whenever someone was departing, he always reminded them “DDDT!” or “don’t do dumb things.” Most anyone who met him called him grandpa and were considered to be one of his own.

He “woke up dead” (something he always said) Sunday, January 15th surrounded by his family.

He was the “greatest Bestest grandpa forever we got.” Te Amo Abuelo!

A Celebration of Life will be held in his honor at 12pm on Saturday, January 21st at the church at 1150 N Monroe Blvd. The celebration is casual, come as you are. Enjoy some of his favorite foods and visit with family. As he wished, his body was donated to the University of Utah.

The ‘Energy Gap’ Nobody Wants to Tussle With