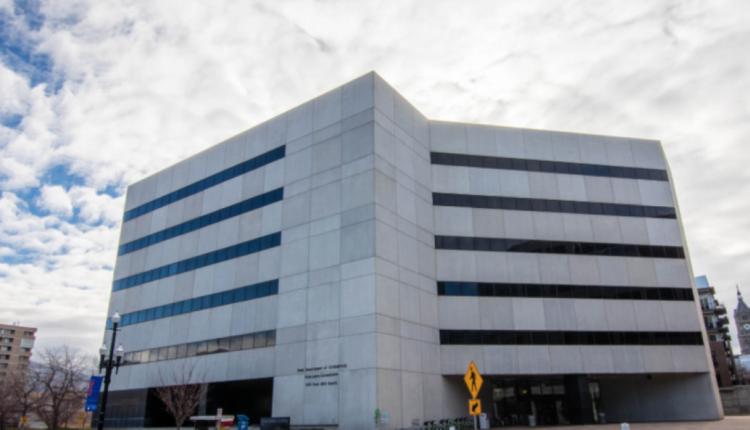 SALT LAKE CITY — A man accused of breaking into two Salt Lake City law offices that occurred in a single day, has been arrested.

Salt Lake City police have announced an arrest was made after Utah Gov. Spencer Cox ordered all state agencies to review security plans after an intruder entered the Heber M. Wells Building last Saturday. Anthony Jack, 44, was booked into the Salt Lake County Metro Jail and faces two counts of burglary, two counts of Felony Theft, one count of Possession of Burglary Tools, one count of Possession of a Controller Substance and possessing paraphernalia and one count of Failure to Disclose Identity.

The first of two investigations began at 10:31 am on Saturday after a report of a man breaking into a law office at 50 East South Temple Street. Police were able to identify and locate the suspect and took Jack into custody without incident, who at the time possessed illegal drugs and drug paraphernalia.

The second investigation began at 8:30 am on Monday to investigate an after-the-fact burglary inside an office space within the Heber M. Wells Building on 160 East 300 South, containing the Utah Attorney General’s Office. Jack had allegedly unlawfully entered the Heber M. Wells Building wearing the same clothes before later breaking into the law office on South Temple Street.

Detectives believe the first burglary occurred around 10:30 am with the second burglary at Heber M. Wells Building occurring several hours later at 11:30 pm