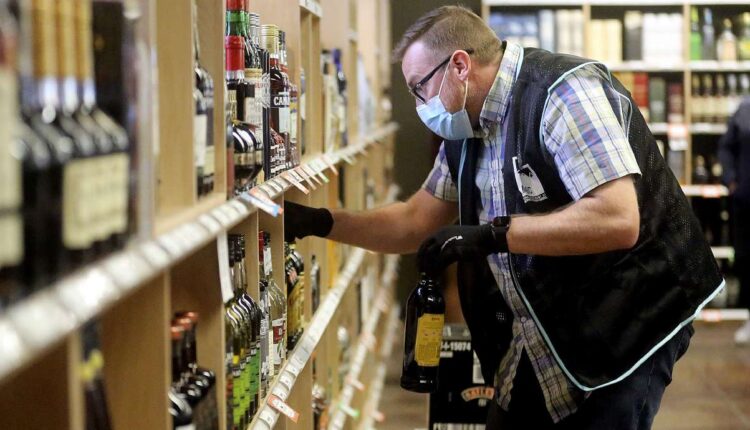 No, this is not about the drought. Global supply chain bottlenecks are hurting liquor companies, which in turn affects state liquor stores, bars, hotels, and restaurants across Utah. Some bottlenecks have existed for months, but the state agency charged with selling alcohol is preparing for its biggest test yet with the arrival of the Christmas season.

“This week is the busiest beverage holiday in the United States, whether it be alcoholic or soft drinks,” said Tiffany Clason, executive director of the Department of Alcoholic Beverage Control in Utah.

This holiday season will be particularly interesting for DABC. With product shortages already in place, Clason senses that the department is feeling the crisis that almost every other industry in the world is currently going through.

It’s actually something the department expected due to bottlenecks in various industries. Preparations for DABC began a few months ago with the end of the year in mind – Thanksgiving, Christmas, and New Years are major holidays for DABC sales.

“We already planned and prepared this this spring and prepared for this really busy time of the year,” said Clason.

To address this delivery issue, the department held on to sales of some items so that they would not run out right away if they did not receive another shipment from the manufacturer in the future. She said they have also started stocking up on “alternate inventory” to build supplies of items that are similar to the scarce products they want. Think of it as a stash of other brands of cola because Coca-Cola or Pepsi are in short supply.

The Utah Department of Alcoholic Beverage Control also created a list so customers, including the state’s bars and restaurants, know what is in short supply. These are products that the department has rationed.

Right now, Patron Tequila is at the top of the list. Not really surprising. The demand for agave, which is used to make the adult drink, has far exceeded the production of the plant; National news outlets have been talking about this shortage for years, but agave became even scarcer in 2021.

DABC responded to this problem by imposing purchase restrictions on items on the list. For example, a customer can only buy one bottle per day for each item to be rationed. A company with a license to sell liquor in Utah can buy two. Of course, that depends on whether the item is in stock at all.

This is a great opportunity to shop locally … we have great products made locally.

Clason said the department had decided to give bars and restaurants an extra bottle due to the business implications. The DABC warned companies of supply bottlenecks earlier this year, telling them either to plan their menus accordingly or to build up their inventories.

“We work really hard to work with these small business owners – bars, restaurants and hotels. So when they have an emergency, the best we can understand and help them solve the problem, ”she said. “While we know it doesn’t sound like much just giving you one extra (bottle) per order, we think it helps, and it’s just good that we can try to alleviate the problem.”

With the holidays now here, DABC is encouraging its customers to make decisions based on the bottlenecks. This includes shopping early and compromising the bottle size of the product on the shelves between items that are not being rationed.

There is one more option that comes with DABC’s plan to add to various brands of alcohol that Clason sees as a big win for Utah’s business.

All of this adds to the state revenue as the DABC is in turn a state agency. Spirits sales generated $ 500 million in government revenue in fiscal 2020, which resulted in about $ 210 million going to the state treasury and over $ 120 million to the state’s general fund, according to the latest annual report the Agency.

The agency reported $ 517 million in revenue for fiscal 2021, of which $ 184.1 million was donated to the state of Utah to fund various services including public safety, education, transportation, and infrastructure. An additional $ 30.6 million in sales tax was shared among the local communities where stores are located. The Utah governor’s office reported earlier this month that the state had a total budget surplus of $ 614 million.

DABC officials said it was too early to know if delivery bottlenecks will even affect sales in the current fiscal year 2022, which began in July. However, Clason claims that with the policies in place to combat supply shortages, Utah is “well positioned” for the near future.

Back to the beginning: EMS participants are making another attempt to unite the emergency services of the Moffat district