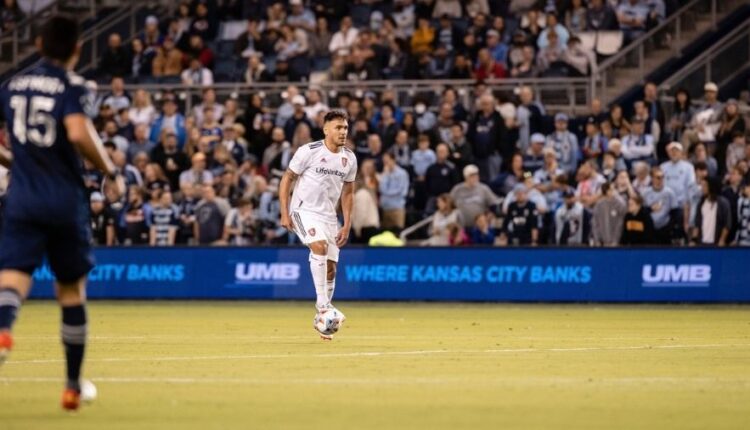 SALT LAKE CITY – Real Salt Lake wants to do the unimaginable. With a win at Sporting Kansas City on Sunday, November 28th, seventh-placed Real Salt Lake would move into the conference finals for the first time since 2013.

“I really believe we have the power to manifest whatever you are looking for in your own life,” said Mastroeni when asked about the power of belief on his team. “As a group there have been many difficult times but all season the will to overcome and the persistence of the group has been fantastic and today we see ourselves as the culmination of those different moments that happened throughout the season,” he added.

Interestingly, Real Salt Lake and Sporting Kansas City played on Decision Day earlier this month in a game that was not without controversy. The Professional Referee Organization (PRO) later admitted that a 90th-minute Justen Glad handball should have been awarded, but that was not the case. Minutes later, Damir Kreilach scored the only goal of the game to cement Real Salt Lake into the 2021 MLS playoffs with the final kick of the game.

Needless to say, the semifinal fight of the Western Conference between two teams who did not get along in the past is associated with fireworks, heavy challenges and a lot of emotions.

“We are a diverse group, we can do both [defend and attack]“Said goalkeeper David Ochoa. “I think like her [SKC] comes out, their formation gives us more leeway to move forward and I think it’s going to be a more back-and-forth game for sure. “

Real Salt Lake and Sporting Kansas City have faced each other four times in the playoffs, most recently in 2013, and Sporting have won every single game. Real Salt Lake have won the last two games between the two teams, however, earlier this month at Children’s Mercy Park and on May 1 in Utah when the hosts won 3-1 after a brace from Rubio Rubin.

Real Salt Lake will likely play in the 4-2-3-1 formation. A shape that has proven to be crucial over the past month. It’s a defensive approach that has frustrated their last two opponents, including Sporting Kansas City. In the first round of the MLS playoffs, Real Salt Lake failed to get a shot over 120 minutes against the Seattle Sounders. Instead, they defended their lives as a compact unit in the 4-2-3-1.

Real Salt Lake are hoping to generate more attack opportunities than they did in Seattle earlier this week, but don’t expect the free-flowing, opportunistic style of play we saw under Mastroeni.

Sporting Kansas City will be the attacker. Vermes has seldom changed as a manager, he has stuck to what he thinks is best and he has seldom been wrong. The SKC will try to play with very aggressive full-backs moving into the attacking third in the hopes of putting a cross into a dangerous area. You will try to clutter the wide areas and try to play directly as often as possible. SKC is an attacking beast at home.

Sporting Kansas City are returning all three designated players (on November 7th, all three DP players were unavailable or were on the bench with injury concerns). Johnny Russel, Gadi Kinda and Alan Pulido are all expected to start for the SKC.

Unfortunately, Real Salt Lake captain Albert Rusnák will not be available. The leader of the 2021 minutes failed a COVID-19 test last Sunday and will continue to be subject to the league’s COVID-19 protocol.

The loss will inevitably disrupt and hurt the style of play at Real Salt Lake.

The game will be broadcast on ABC or ESPN Deportes.

KSL Sports will also be there, follow us on all social platforms to get involved!