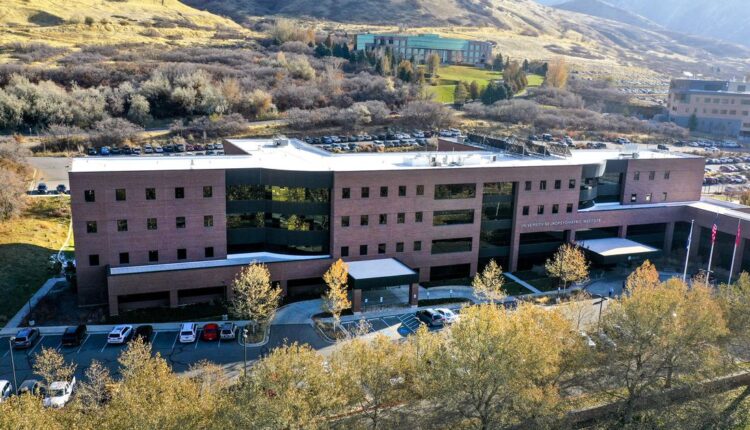 Five years ago, student leaders at Utah public colleges and universities petitioned the then Utah Board of Regents to deal with what students described as mental crisis at state-sponsored universities.

The board formed a working group that implemented a variety of support offerings, from a SafeUT smartphone app for college students, to adding more university programs to train psychologists, to initiatives to improve access to health care.

“As you know, student mental health is a big issue. That was the case before COVID. but now (it’s) accelerating, “Lisa Michele Church, a member of the Utah Board of Higher Education, said recently.

To this end, the CEO of the Huntsman Mental Health Institute, Dr. Mark Rapaport, and Utah Higher Education Commissioner David Woolstenhulme, met to discuss how the system and institute can continue to work together.

One cooperation consists of bringing crisis services directly to the students.

The establishment of a mobile crisis team at the University of Utah “has been so successful that we are trying to work with the commissioner and others to bring this pilot to other universities within the USHE (Utah System of Higher Education),” Rapaport said.

Talks are currently underway with Southern Utah University and Utah Valley University to embed crisis teams in their locations, he said.

Another significant effort was working together on a project to combat the stigma of mental illness.

“In February we will start what we hope will be an annual anti-stigma campaign for the entire USHE called ‘Healing Out Loud’. The intention behind this is to encourage students at all of our locations to take part in a local competition on each campus where they develop some kind of public announcement, be it around TikTok or Instagram or the traditional film, ”he said.

The winners will come to Salt Lake City to train with the Utah Film Institute and compete in a nationwide competition. The Sundance Institute is also involved in the initiative.

“We are very excited about this opportunity because we think that if we start the discussion this way it will facilitate more stigma reduction over time and give our students greater opportunities to access and feel safe, talk about their mental health needs. ”he said.

Karen Huntsman, fourth from left, hugs son Jon Jr., former Utah Governor, while other family members watch during a press conference in the Park Building of the University of Utah in Salt Lake City on Monday, November 4, 2019, where the The Family meet Huntsman announced a $ 150 million commitment to establish the Huntsman Mental Health Institute in the United States. Funding, committed over 15 years, will be used to support research, expand access to patient care, and raise mental health awareness. Steve Griffin, Deseret News

The institute has also partnered with Weber State University to develop courses for crisis workers and a certification program.

“There is a shortage of emergency responders in our state and innovative programs like this, the partnerships between USHE members, will be really crucial for us in increasing our workforce,” said Rapaport, a nationally recognized clinician and researcher.

The institute hopes to launch a similar program at the University of Utah’s College of Social Work in the fall of 2022, he said.

Rapaport said the overall goal of the Huntsman Mental Health Institute is “to address the big problems, stigma and prejudice that are the social determinants of mental and physical health. How can we prevent or intervene at an early stage, at least in the case of children, adolescents and young adults? As you know, 75% of all mental disorders start between the ages of 10 and 24, ”he said.

The institute strives to “create innovative and sustainable treatment models and really tackle the big issues like suicide or substance use disorders or psychoses or depression. And the intention of the institute is to create a structure that comes together and brings together the best people from all fields to study these issues. “

Institute directors believe that Utah “can become a living laboratory where we can find the best answers and then share those answers nationally and internationally,” said Rapaport.

Support from the Utah Legislature has been critical to the work of the institute and other mental health initiatives to improve the lives of Utah residents, he said.

“The state legislation here in Utah has been remarkable. Over the past decade, state lawmakers have allocated $ 175 million to mental health and mental health research. Believe it or not, the legislature is also one of the most progressive legislative bodies in the country when it comes to passing laws promoting mental health. “