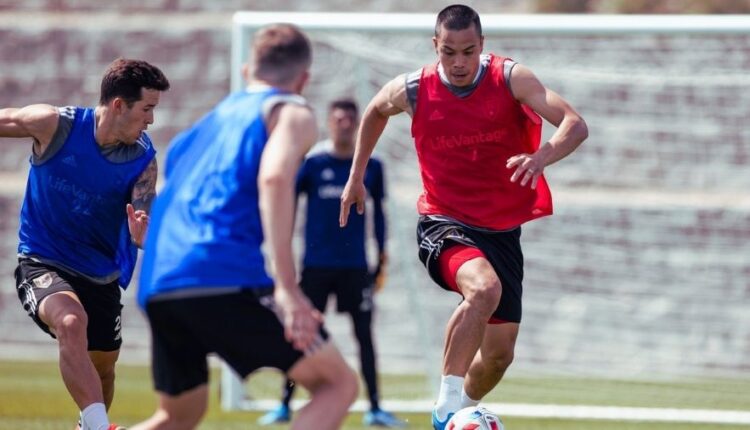 SALT LAKE CITY, Utah – Real Salt Lake manager Freddy Juarez has chosen to put Bobby Wood on the bench. This is the first time the US international has made the 18-player list for RSL.

Wood, 28, arrived in Salt Lake City two and a half weeks ago in the middle of the FIFA international break and trained with the team to regain full fitness.

He had his last competitive game in April when he was still playing in the second German division for Hamburger SV. Then in June they spent time with his wife while they patiently waited for their second child to be born.

Wood was public about his lack of competitive football when he first spoke to the media in Salt Lake City a few weeks ago. He says he will be “in no rush” and “listen to his body” as he prepares to return to the game.

Given the circumstances, Wood is likely to see minutes in the second half as a replacement for Rubio Rubin, who is often substituted by Juarez in the games. Rubin is usually replaced by Douglas Martinez Jr., who spent most of last season as the team’s forward. Martinez Jr. did not make the 18-player game day list for the Seattle game, however, making Wood the only striker available on the bench for Juarez.

RSL and Seattle start at 8 p.m. and can be streamed for free via the KSL Sports & KSL 5 TV apps or on KSL Sports dot com.