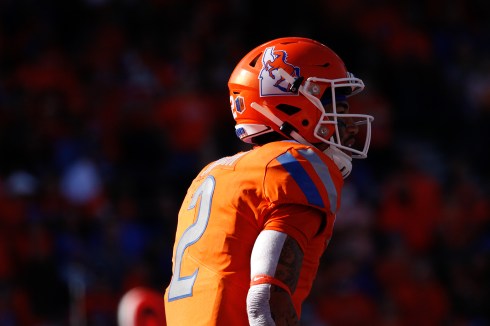 Boise State rounded off the underdog riot this week with its big win over Brigham Young University (BYU). The Broncos traveled to Provo and defeated the # 10 Cougars at 26-17 on Saturday October 9th.

“It’s a huge win, of course the records are a big deal,” said head coach Andy Avalos. “[BYU has] has an incredible team and coaching staff, but this is part of restoring the Foundation – restoring what Boise State was about, and that means hard work, diligence and care for one another. That shows what we are capable of. “

Boise State had fewer yards overall than BYU, but was able to benefit from BYU’s sales, which resulted in a great starting position and saw strong drives in the red. According to Boise State Athletics, Boise State’s average field position was the opponent’s 17-yard line.

Despite losing a key player, Junior Safety JL Skinner, in the second quarter to a targeted penalty, the Boise State defense managed to hold the country’s top 10 offensive, with four turnovers, three fumble recoveries and one interception throughout the game force.

“When it comes to sales, they’re always huge,” said Riley Whimpey, fifth-year linebacker. “Our defense did a great job this year to get the ball back on our offensive. A couple of those losses came at key points in the game and built our offensive with a great field position and they capitalized on it. “

Outstanding about the team’s performance were the 140 rushing yards that they could win. After struggling with the lead of football year-round, Boise State corrected an area of ​​her game that needed improvement.

“The O-line, running backs and tight ends did a great job in the running game and I’m so proud of them,” said Avalos.

Boise State started slowly in the first quarter, allowing BYU to score 10 points. The Broncos were able to escape the 3-10 quarter thanks to a field goal from second kicker Jonah Dalmas.

The momentum changed in the second quarter when the Broncos dominated the Cougars before halftime. Boise State forced BYU to flip the ball twice and managed to score 17 points.

[Photo of Khalil Shakir in Boise State game against University of Reno, Nevada]
Photo by Corissa Campbell | The referee

“I think BYU’s defensive structure schematically results in them dropping eight defenders who are difficult to throw against.” said junior quarterback Hank Bachmeier. “You have to let the ball run against the three-man onslaught and we did that today. I appreciate Coach Keen and the O-line, who have received so much criticism this year, and I’m happy for these guys. “

Boise State cooled off a bit in the third quarter, gaining only 63 yards compared to BYU’s 119 yards. Regardless, the Broncos forced another fumble and added three more points after a 28-yard field goal from Dalmas.

The Broncos ended the last quarter strong, defying the second-half weaknesses that plagued the team this season. They allowed a BYU touchdown early in the quarter but rebounded and scored a field goal from Dalmas to extend their lead to two points. An interception towards the end of the quarter sealed the victory in Boise state.

“I’m just happy with the coaches and players who are persistent and honest with each other,” said Avalos. “We obviously have some things that we need to keep working on, but for now we’re going to enjoy the fact that we kept perspective and worked harder than any day this week than the entire season. The guys finally understand that every weekend it takes hard work to do our best every single day to do our best in all four quarters. “

Boise State will be returning to The Blue next week when they meet the Air Force on Saturday, October 16.