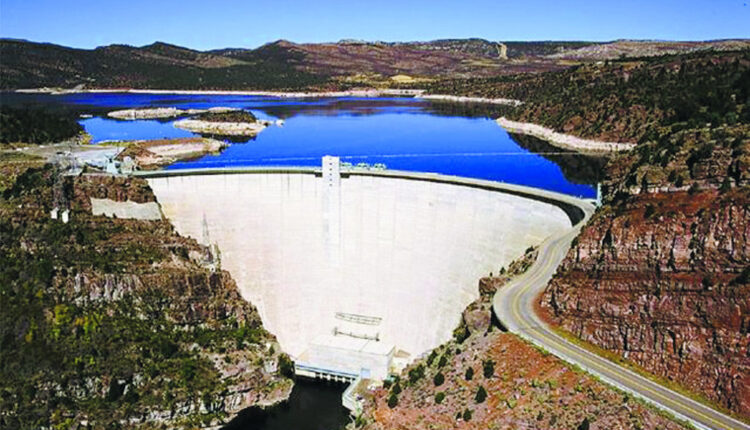 Despite the threat of federal restrictions earlier this summer, the Bureau of Reclamation won’t limit water use in Wyoming or three other Colorado River headwaters states as an emergency response to shrinking water supplies throughout the Colorado River Basin, the agency said Tuesday of last week .

Instead, it will again restrict flows from Lake Powell and Lake Mead while tapping upstream reservoirs, including Flaming Gorge on the Wyoming-Utah border, for additional releases in 2023.

The federal agency will also impose water-use restrictions in Arizona (21%) and Nevada (8%) while flows across the border to Mexico would be reduced by 7%. California, meanwhile, avoided federally initiated water cuts.

For its part, Wyoming and the three other Upper Colorado River Basin states declined to commit to sending specific flows into the system in 2023 and said more time is needed to implement voluntary restriction programs. Until water volumes from the upper basin states shrink enough to trigger curtailment actions agreed to under the Colorado River Compact, “we must rely on voluntary actions from our water users,” Wyoming State Engineer Brandon Gebhart told WyoFile.

“It would be complete speculation to commit to a volume,” Gebhart added, until the federally funded System Conservation Pilot program, for example, is extended and water users voluntarily take part in it. The program pays those with water rights to voluntarily restrict their water use.

The Bureau of Reclamation’s 2023 operations plan, for now, mostly aligns with the upper basin states’ proposal.

The compromise between the upper basin states and BOR doesn’t match the severity of the worsening water supply-and-demand imbalance, however, according to a coalition of Colorado River conservation groups. The BOR in June asked the seven Colorado River Basin states, and Mexico, to voluntarily commit water use cuts that would add between 2 million and 4 million acre feet of water for the 2023 water season, or face federal restrictions for each state.

On Tuesday — the deadline for states to offer their voluntary cuts — the BOR essentially demonstrated its unwillingness to impose sufficient emergency actions in the absence of voluntary commitments, especially among upper basin states like Wyoming, said Utah Rivers Council Executive Director Zach Frankel.

“The day has come for the Department of Interior [which oversees the BOR] to cut between 2 [million] and 4 million acre feet of water, and it hasn’t happened,” Frankel told reporters during a press call Tuesday. “Instead we see another 24-month forecast which crosses fingers and hopes for the best. We got to get serious about climate change and this aridification period that we’re going through.”

Lake Powell and Lake Mead — the two largest reservoirs on the Colorado River — have shrunk to historic lows this summer amid a 23-year drought that climate experts describe as the “aridification” of the West. Conditions already threaten the ability to generate hydroelectric power at Powell and Mead while diminishing water supplies throughout the southwest where some 40 million people rely on the Colorado River Basin system.

The BOR in May initiated the release of an extra 500,000 acre feet of water from Flaming Gorge Reservoir and announced it would not release the otherwise planned discharge of 480,000 acre feet of water from Lake Powell. The effort, according to the BOR, was necessary to prevent Powell from reaching “dead pool” status this summer — the point at which the water level is too low to generate hydroelectric power.

The agency’s latest operations plan for 2023 is based on the most recent “24-month study,” which projects that similar water saving efforts will be required, depending on winter snowpack and precipitation in the region as well as erratic climate conditions that could exacerbate evaporation and soil intake moisture

Peter Hook & The Light at the Ogden Theatre, Denver | Music