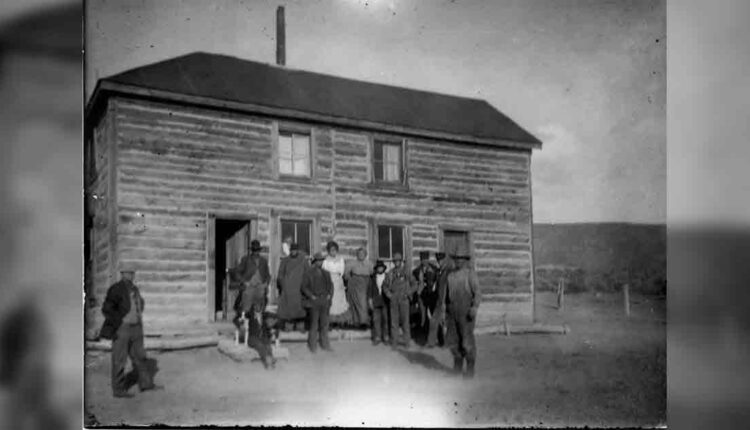 
The Buckboard Hotel (sometimes called the Halfway Hotel) at Buckboard on the west bank of Flaming Gorge, 20 miles south of Green River and about halfway to Manila and the now-submerged town of Linwood.

SWEETWATER COUNTY — Buckboard Crossing, south of Green River on the west bank of Flaming Gorge, once featured a hotel.

In the days before automobiles and roads suitable for them became practical, horseback or horse-drawn wagon or buggy travel from Green River to the Utah communities of Manila and Linwood in Utah meant a two-day trip. Halfway between was Halfway Hollow and Buckboard Crossing, where a ferry operated across the Green River. (Buckboard was also the site where the old Cherokee Trail crossed the Green.) Travelers and freighters hauling goods off-loaded at the Union Pacific train station in Green River to what would become Daggett County customarily camped at Buckboard and continued their trek south the next day.

A freighter named Peter Wall saw an opportunity and built a two-story hotel at Buckboard in 1912. Though his idea was a good one, his timing was less than ideal; travel by automobile and trucks became more widespread over the years and business dropped off. The hotel soldiered on, however, hosting dances and other social events up through the 1950s, as described by historian Roy Webb in his excellent work Lost Canyons of the Green River , the hotel was torn down when the Flaming Gorge Dam was under construction, a process that began in 1958 and finished in 1962.

The hotel site is now under water and the ferry is long gone, but Buckboard lives on in the form of the Buckboard Marina and the public boat ramp there. 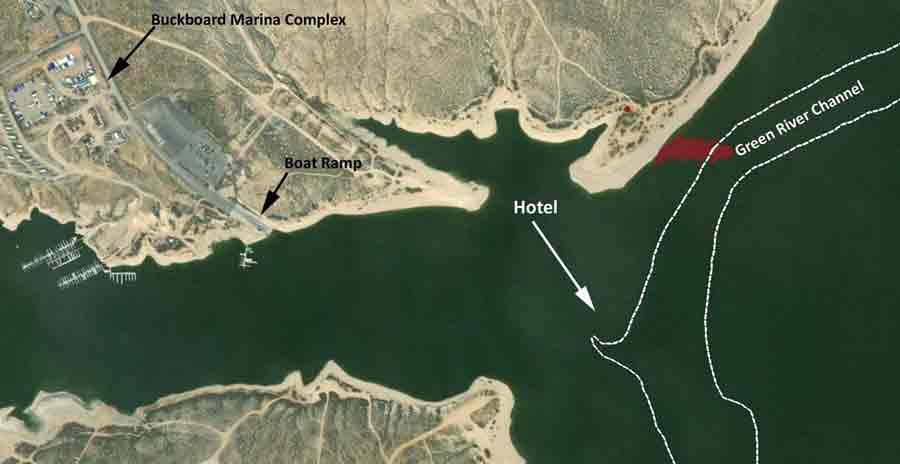