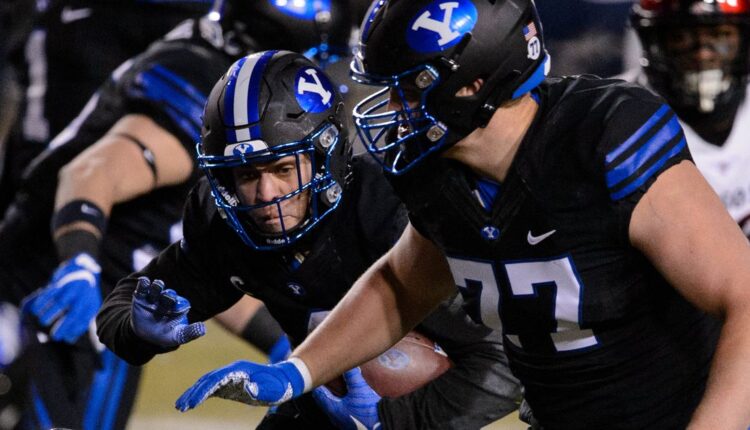 The Cougars who bring back the royal and naval helmets now have 26 uniform combinations.

Last season, due to the uncertainty the pandemic brought, BYU Football had fun with its uniforms by letting players choose shirt combinations and sharing it on social media.

The Cougars had 10 different looks during one season. BYU finished the 2021 season 11-1 in 11th place. Now, in the 2021 season, BYU will have even more opportunities to dazzle on the field as it re-introduces a Royal and Navy helmet as part of a unified branding initiative Strengthening the player and fan experience.

“It was exciting to see how the players reacted when we unveiled these new helmets that are part of their future but based on our proud past,” said BYU coach Kalani Sitake. “BYU’s football tradition was built through decades of success by those who wore the uniform of the Cougars. Our players, former players and Cougar Nation value this great tradition of BYU football. We want the helmet and various uniform combinations to honor those who created the program and inspire those who will continue it. “

The royal helmet originally debuted in 1964 when Tommy Hudspeth was serving as BYU head coach and LaVell Edwards was serving as an assistant coach on the staff. In fact, all three helmet colors BYU will now use – white, royal and navy – were used during Edwards’ 1962 tenure in Provo.

The specific debut of the two new helmets, as well as the uniform combination for each game, will be announced during the season.

It is not yet known whether the student athletes will again participate in the selection of uniform combinations for the 2021 season. But Nixon expressed how much he enjoyed it.

“Involving our student athletes last season in deciding which uniforms to wear has not only increased their participation on the team but also increased their sense of responsibility for their program,” said Nixon. “It was fun for the players to see how the creative process resulted in an improved experience for both the team and the fans. Your involvement in this process has helped us develop additional uniform combinations and strengthen the spirit of oneness throughout the program. “

On Monday, BYU also announced future games with the SEC’s University of Mississippi and the FCS’s Dixie State University.

In the Ole Miss series, the Rebels will visit LaVell Edwards Stadium on September 16, 2028 and the Cougars will visit Oxford, Miss on September 8, 2029. To travel. Both programs have met only once before, with a narrow 14-13 win on the road for BYU at the 2011 season opener – the first game of the independence era.

However, BYU has never had anything to do with the state program Dixie State, which the Cougars will host on November 16, 2024.

The Trailblazers are one of three FCS independents in football and are slated to participate in all of the other Dixie State sports of the Western Athletic Conference following the league’s recent decision to sponsor FCS football.