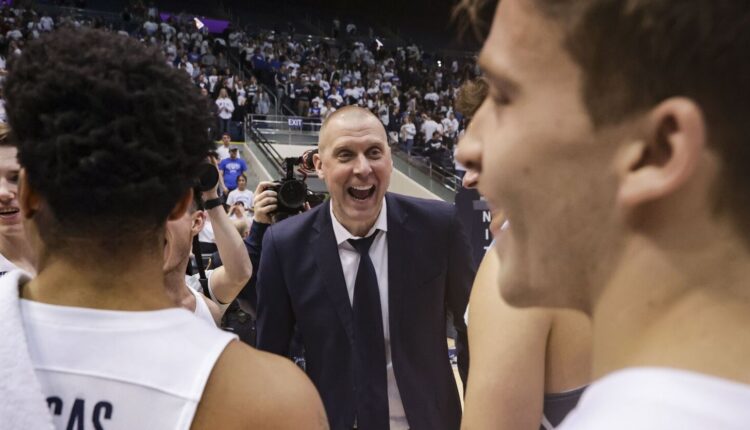 On Friday, Real Salt Lake Basketball Academy announced on social media that forward Hao Dong has committed to the Cougars, an announcement Dong shared on his Instagram story.

Vanquish The Foe’s Robby McCombs reports that Dong will be a walk-on.

Congratulations to Hao Dong for his recent commitment to @BYUMBB! Hao was the leading scorer on our post grad team last season. We are excited to watch Hao compete with Coach Pope and the Cougars. pic.twitter.com/OcytLZMNj7

The leading scorer on RSL Academy’s post graduate team last season, Dong will arrive in Provo with plenty of international experience, having played four years in Spain, starting when he was 16 years old.

Listed at 6-foot-5, the 20-year-old Dong — a native of China — played for Real Betis Balconcesto from 2017 through 2021, on the under-16 team, the under-18 team and finally in Liga EBA, the fourth tier level in the spanish basketball league system.

Dong also had a stint with Andalucia as a 16-year-old, per Scout Basketball.

In his final season in Spain before coming to the United States, Dong averaged 10.5 points, 4.3 rebounds and 1.2 assists and steals per game for Real Betis, per Eurobasket.

Listed as a small forward/power forward, Dong will likely be more of a developmental project for the Cougars.

What you should know about current case counts, vaccine access