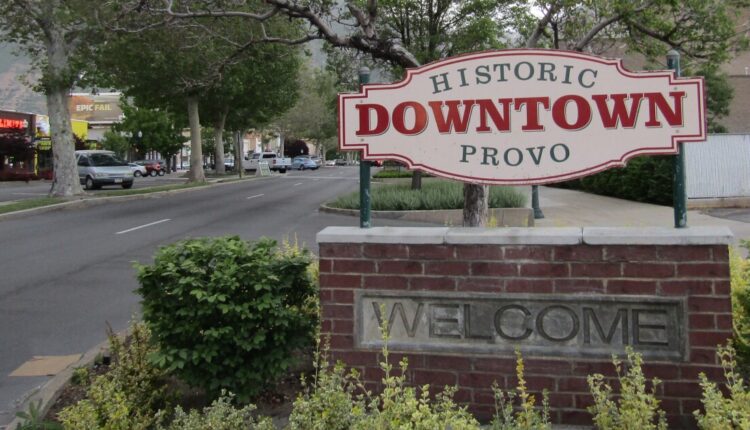 Provo City Council is considering a proposal to create paid parking zones in the Joaquin neighborhood, but many BYU students turned up at a town hall on Thursday to protest the idea.

The council passed a regulation on Tuesday that will allow the city to create areas where parking is restricted on public roads. This practice is not currently available anywhere in Provo. The designation of an on-street parking management zone requires the approval of the council.

The city’s parking committee pushed for one of these zones to be created just south of the BYU campus, where many students live.

During the meeting on Thursday, the students filled the rooms for the majority of the two-hour meeting. Some participants brought signs like “Students against parking meters”.

Many BYU students opposed Provo’s idea of ​​paid parking at a town hall meeting on Thursday.

Many of them said they had to park on the street because their residential complexes have more residents with cars than parking spaces. Some students received emails from their landlords asking them to attend the meeting and express their opposition.

Alderman David Harding said this practice could force apartment complexes to create more off-street parking if students choose not to live there because they have to pay to park on the street.

“But right now we are using a public resource, the space on the street that takes a lot to build and maintain,” he said. “And we subsidize the complexes that don’t have enough off-road.” Parking. “

Others said this would affect the students more than other residents.

“It seems like this bill is really aimed at college students who don’t have money to toss around in the parking lot,” said Ben Wedekind of Zoom. “Are these really the people you want to hurt?”

Many attendees said they didn’t feel that the city council cares about the students’ opinions. In October Provo sent out a survey asking for feedback on creating paid parking across the city. Around 80% of those questioned were against the proposal.

“So my question is, if so many BYU students have said no … as our representatives, why does this go on?” Gavin Thornber, a BYU student, said. “

But some people were in favor of the suggestion. Kira Johnson, who works in the Joaquin neighborhood, said that free parking is chargeable. She said taxes would be spent if that money could be used in other ways.

“It costs to get asphalt pavement,” said Johnson. “Our funds should be invested in this network to make walking, cycling and using public transport safer.”

Council members said they will not vote on this issue for at least a few months. They said they wanted to see how the parking situation in Joaquin changes after BYU’s new housing policy is implemented next fall.