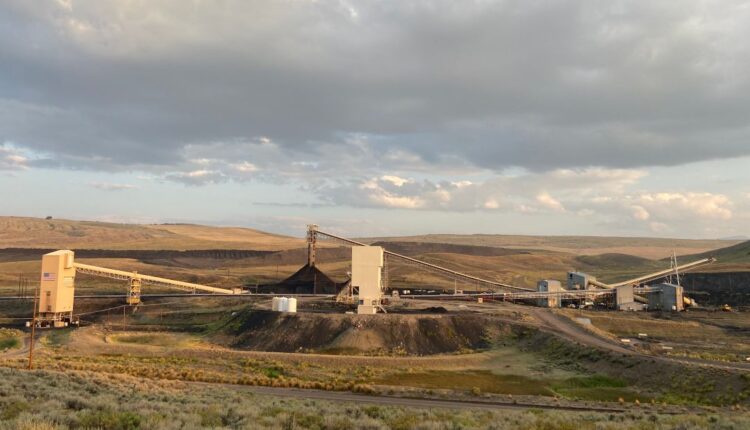 All six coal mines operating in Colorado last year won cuts to the royalties they paid to the federal or state government, denying treasuries millions of dollars and flouting policy claims by President Biden and Gov. Jared Polis to curb coal’s intense pollution.

The Polis administration made no objection to the cuts even when the U.S. Bureau of Land Management offered the chance to block them, according to documents obtained by The Colorado Sun that Polis’s office confirmed they reviewed in December.

The West Elk Mine in Gunnison County, operated by Arch Resources, the second largest U.S. coal miner, got a royalty cut in late 2020 without opposition from Polis, even after the company defied a federal decision and infuriated conservation groups by building a road in protected areas meant to be roadless. Polis’s own mining reclamation division had ordered Arch to stop the road building.

And in 2017, under then-Gov. John Hickenlooper, the state land board approved a multimillion-dollar royalty rate reduction for Peabody Energy’s mine in Routt County, soon after Peabody executives awarded themselves $12 million in bonuses for emerging from bankruptcy.

Conservation groups noted past royalty reductions for the West Elk mine cost Colorado $8 million from 2010 to 2015, the same amount West Elk owners Arch Resources paid its own executives in 2016 bonuses three days before their own bankruptcy filing. Hickenlooper, now a U.S. senator, asked the BLM to approve the rate reduction in a 2012 letter even while acknowledging it would cost the state about $1.6 million a year in shared federal royalties.

Royalties for coal and other minerals are paid by the extracting companies as a percentage of the gross value of what they dig, as compensation for taking publicly owned resources. Oil and gas companies pay royalties or severance taxes on what they drill and pump on public land. State and local officials often cite the high rural employment and local tax base provided by the coal mines as justification for the subsidies in the form of royalty cuts.

Arch Resources, which operates West Elk through its Mountain Coal subsidiary, did not respond to messages left seeking comment on royalty rates.

Four of the six Colorado mines are still operating under federal or state royalty discounts, one has applied for an extension of a years-long discount, and the last saw its royalty cut expire in 2020 but says it reserves the right to seek a renewal. Cuts to federal royalty rates also cost Colorado millions because federal coal revenues are shared 50/50 with state treasuries.

Conservation groups oppose all coal subsidies, including royalty rate reductions, as support for a highly polluting fossil fuel. Burning coal for electric generation not only creates carbon dioxide and other noxious gases, but Colorado’s coal mines leak the potent climate change gas methane and are among the highest-volume greenhouse gas polluters in the state.

“Is Colorado serious about getting out of the coal business?” asked Jeremy Nichols of WildEarth Guardians. “They don’t seem willing to stop the handouts.”

Polis’ administration, which took over from Hickenlooper after the 2018 elections, has had the chance to block state royalty cuts or influence the BLM on federal royalty cuts, Nichols said.

“Why aren’t they weighing in? Why aren’t they doing more to put their money where their mouth is, when it comes to climate transition? It’s very difficult for them to accept the hard truth, which is that if you’re for the climate, you are against coal production. They don’t want to own that.”

The latest reduction, for the much-maligned West Elk mine owned by Arch, came from a request forwarded from the U.S. Bureau of Land Management to Polis and the Department of Natural Resources. Under the Trump administration, BLM notified Polis of the request to reduce West Elk’s royalty rate to 5% from the standard 8% in underground mines.

“We would appreciate your comments within 30 days of receipt of this letter,” the BLM wrote in an undated letter, which Polis’ office said it received in December.

The BLM was willing to approve the request, as it does most royalty reduction requests, because existing U.S. mining law allows for — but does not require –– reductions when mining conditions become more expensive for the company.

Asked how much the reduction would cost federal and state governments over the three-year break, Packer said the information is proprietary to protect the companies.

Polis spokesman Conor Cahill said in an email response to The Colorado Sun that the state did not endorse the reduction for West Elk, but took no action to oppose it.

“It was an odd request, and given the incoming Biden administration, the state’s recent cessation action on the mine’s incursion into a roadless area, and our desire for the approval of a methane capture permit to decrease emissions at the mine, it was likely best to not respond and wait for the new administration, and work with them on the many issues surrounding that mine,” Cahill said.

On top of objecting to any tax breaks for coal, conservation groups opposing the latest West Elk royalty cut say Arch Resources’ physical problems at the mine cited as justification for a cheaper rate are often of the company’s own making.

In addition to defying a federal judge by bulldozing a road last year, Arch was also fined by the state after a mine shaft collapsed, resulting “in a gaping hole in the earth that swallowed a pristine mountain stream.”

“The BLM should not be in the business of subsidizing a company that engages in this behavior,” the Sierra Club, the Center for Biological Diversity and a broad coalition of environmental groups said in a March letter to the BLM. 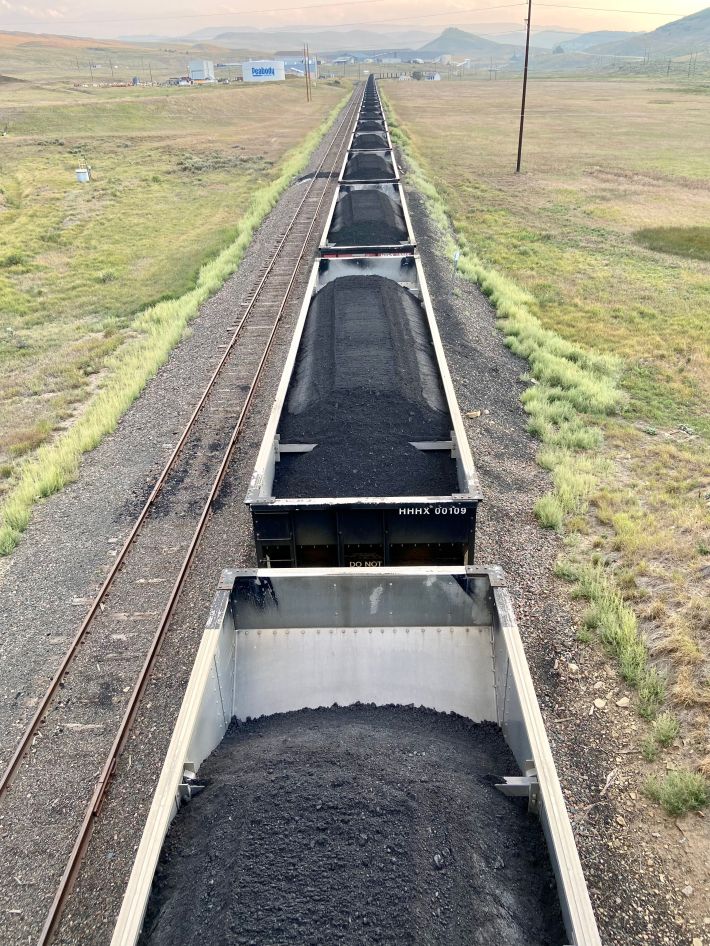 ## Trapper Mining Inc. operates the Trapper mine near Craig, supplying steam-generating coal to two units of the Craig Station power plant operated by Tri-State Generation & Transmission. According to BLM records, Trapper received an 11-year royalty cut to 5% from 8%in 2015. A spokeswoman for Trapper in Moffat County said only the company president could talk about royalty rates, and that he was out of town and could not comment.

Tri-State previously had oversight of Trapper, spokesman Mark Stutz said, but “withdrew from membership in Trapper Mining in December 2020, upon the termination of our coal supply agreement with Trapper Mining.”

## Foidel Creek Mine in Routt County is operated by Twentymile Coal Co., a subsidiary of Peabody. Foidel Creek Mine supplies Hayden’s electrical generation station. In 2017, the Colorado State Board of Land Commissioners approved a five-year royalty rate reduction to 5% from 8% on coal mined on the state-owned portion of the mine’s leases, according to federal records. Peabody did not return messages seeking comment.

Federal environmental assessments of Foidel Creek leases show how lucrative the royalty cuts can be.

A federal environmental assessment said Twentymile Coal paid $4.1 million in federal royalties in 2016 from Foidel Creek coal on public lands. The company paid $110 million in royalties to Colorado on coal dug from state leases at the mine from 1996 to 2017, or about $5 million a year, the document says. Many county commissioners and other local officials support the royalty cuts and any other efforts to bolster production at local mines, which are often the largest employers and taxpayers in the community.

## The Colowyo mine near Meeker also supplies Craig Station with coal, for the Unit 3 portion of the plant owned by Tri-State. Colowyo was most recently operating under a five-year federal royalty reduction that expired in 2020. “Colowyo currently is not operating under a royalty rate reduction. This, however, does not preclude us from seeking one in the future,” Tri-State spokesman Mark Stutz said.

Conservation groups object to the rate reductions at Colowyo and say state air pollution regulators are too lenient in Moffat County. The Sierra Club and Center for Biological Diversity argued late last year that Colowyo’s surface mining should be monitored and regulated as a major source of pollutants, not under less stringent “minor source” provisions. “To do otherwise is to turn a blind eye to significant air emissions that harm human health and our planet,” the groups said, in their appeal of a district court decision upholding the state’s handling of the mine. All three units at Craig Station are scheduled to close before 2030, removing the local mines’ dominant customer.

## The King II Mine in southwestern Colorado is owned by Grupo Cementos de Chihuahua or GCC, a major manufacturer that uses the coal in its energy-hungry cement kilns. The billion-dollar GCC operated most recently under a federal royalty reduction approved in 2018, and asked for an extension of the rate cut in 2020. A BLM spokesman said the agency has taken no action on the 2020 extension request. GCC did not return messages seeking comment.

Conservation groups in the Durango area have argued the King II Mine takes too much water from the La Plata River and risks contaminating it with coal piles that can leach chemicals back into the stream. They have filed suit seeking to block expansion of the mine into new lease areas.

## The Deserado mine in Rio Blanco County is owned by Blue Mountain Energy, part of Deseret Power Electric Cooperative, which sends the coal to its Bonanza power generation station near Vernal, Utah. Federal officials approved another two-year extension of Deserado’s royalty rate reduction in August. Deseret Power did not return messages seeking comment about the reasons for the rate cut.

Environmental groups including WildEarth Guardians have sought early closure of the Bonanza plant, calling it a major polluter of the Uintah and Ouray Indian Reservation in northeastern Utah and surrounding areas in Wyoming, Nevada and Colorado.

## West Elk’s mine at Somerset, near Paonia on the Western Slope, has been the target of conservation groups and government regulators for years. West Elk’s latest royalty reduction, which has been renewed regularly, was approved in May. The royalty cut lasts for three years, retroactive to February 2020.

Conservation groups have lodged objections to West Elk’s royalty cuts at the BLM, but have been overruled. They point to West Elk’s unique position as a massive methane emitter from old mine shafts, its building of unauthorized roads, the creekbed collapse, and other environmental violations.

“The West Elk mine emits staggering amounts of methane pollution to facilitate the extraction and eventual burning of millions of tons of coal while carving up public lands with a spider web of roads, pads, and infrastructure,” said a letter of objection from the Center for Biological Diversity. “Given the climate change crisis, and the commitment of the Biden administration to tackling that crisis, the federal government should not be subsidizing this activity.”

West Elk owner Mountain Coal, a subsidiary of Arch Resources in St. Louis, did not respond to requests for comment.

A seventh Colorado mine reopened earlier this year near Trinidad, with the goal of shipping high quality metallurgical coal to overseas steelmaking plants. The New Elk mine, owned by an Australian company, does not currently dig coal sitting in federal or state leases.

“This is what we’re facing with Democrats,” Nichols said. “As much as they talk the talk on climate, when it comes to walking the walk, they’re scared for some reason, and refuse to own their own rhetoric.”

The Colorado Sun has no paywall, meaning readers do not have to pay to access stories. We believe vital information needs to be seen by the people impacted, whether it’s a public health crisis, investigative reporting or keeping lawmakers accountable.

This reporting depends on support from readers like you. For just $5/month, you can invest in an informed community.