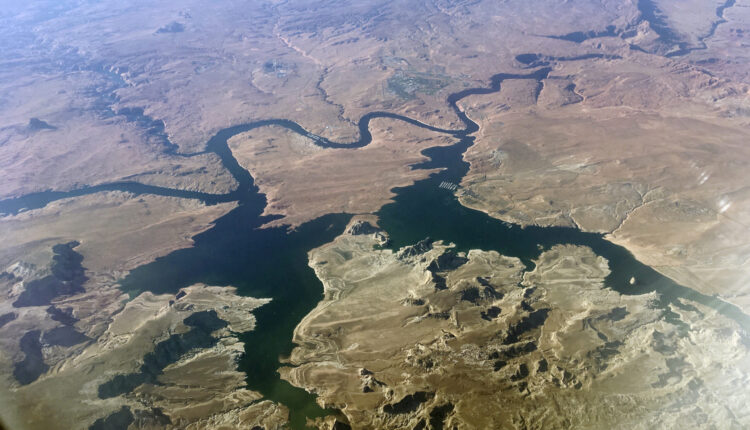 Colorado River states need to drastically cut down their water usage ASAP, or the federal government will step in

During a US Senate hearing on Western Drought earlier this week, the commissioner for the Bureau of Reclamation told the states in the Colorado River Basin that they have 60 days to create an emergency plan to stop using between 2 and 4 million acre-feet of water in the next year or the agency will use its emergency authority to make the cuts itself.

For context, the entire state of Arizona is allowed to use 2.8 million acre-feet of Colorado River water each year.

“The challenges we are seeing today are unlike anything we have seen in our history,” Commissioner Camille Touton said at the hearing. She said hotter temperatures driven by climate change have led to less water reaching Lake Powell and Lake Mead, the two largest reservoirs in the US, which have both recently hit their lowest levels on record.

The Colorado River system supplies water and hydropower to millions of people in the West and is the lifeblood of the seven states and 30 native tribes in the river’s basin. The river system has reached critically low levels amid decades of drought and warming temperatures, which dries out soil that then saps the moisture from snowmelt that would otherwise flow into rivers and reservoirs.

Touton said the seven states must “stay at the table until the job is done.”

The federal direction comes just a month after the bureau announced it would hold back water in Lake Powell on the Utah-Arizona border. It’s the first time the agency has used its emergency power to delay a release of water from Lake Powell that normally goes to Arizona, California and Nevada. Instead, the federal agency plans to keep more than 480,000 acre-feet of water in the reservoir to prop up supplies to protect hydropower production.

In a separate action announced earlier this year, upper-basin states worked with the Bureau of Reclamation on a plan to send another 500,000 acre-feet to Lake Powell from Flaming Gorge Reservoir on the Utah-Wyoming border under their drought response agreement for the year .

Commissioner Touton’s directive dropped just a couple of days before the University of Colorado Boulder’s annual Colorado law conference on natural resources, which is focused on the Colorado River.

“That elephant is filling this whole room,” John Fleck, a water policy professor at the University of Mexico, said at the start of his talk at the conference. Fleck, who has also written multiple books on the Colorado River, watched Touton’s testimony in his Alamosa hotel room en route to the conference.

“I kind of blanched,” Fleck said. “[Two to 4 million acre-feet] is a stunning amount of water,” he said.

Fleck said the directive, combined with the “threat” of federal action if the states don’t act, creates an extraordinary challenge for water managers and users in the Colorado River Basin — a group he noted included many of the people at the CU Boulder conference.

To explain the federal agency’s reasoning for calling for such massive cuts, bureau hydrologic engineer James Prairie presented to attendees an updated forecast of expected flows into Lakes Powell and Mead over the next few years.

By early 2024, projections show water levels in Lake Powell could drop too low for hydropower turbines to operate and generate electricity.

Tanya Trujillo, the assistant secretary of the US Department of Interior for water and science, joined the conference virtually to talk about the Colorado River crisis and the demand for states to conserve more water.

“We are facing the growing reality that water supplies for agriculture, fisheries, ecosystems, industry and cities are no longer stable due to climate change,” Trujillo said.

Trujillo said the agency’s order for water cuts includes Colorado and other states in the upper part of the river system, even though they don’t rely on water supplies collected in Lake Powell and Lake Mead.

Trujillo said it’s up to states to decide how to make the water cuts and said the agency didn’t have a formula for appropriate conservation measures. She said the states have been charged with creating lists of potential ways this water can be saved and that the federal government wants to support those ideas with funding and resources. Trujillo said some of the federal support for states’ efforts would come from the bipartisan infrastructure law enacted in January, which set aside billions of dollars for Western water projects.

Speaking on a conference panel, Anne Castle, a senior fellow at the Getches-Wilkinson Center at CU Boulder and a former assistant secretary for water and science at the US Department of the Interior, wondered what the federal government’s demand might mean for Colorado if junior water rights holders are cut off from using the Colorado River.

“What do our ski areas look like if we don’t have snowmaking anymore? Those are junior water rights,” Castle said. “What does it look like if part of our West Slope agriculture doesn’t exist anymore? What does that do to food security, what does it do to those communities? Those are the things that we’ve got to be thinking pretty hard about.”

Watch: Still Paying Off Bills From Twins’ Birth. The Kids Are 10 Now.