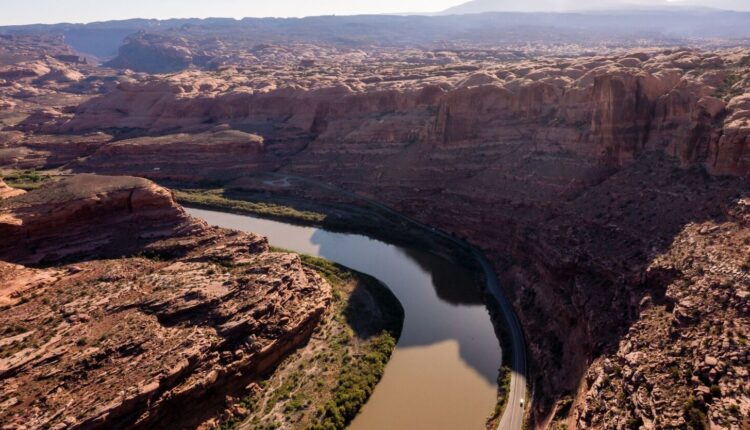 The drought and diversion-challenged Colorado River serving 40 million people in the West and irritating 5.5 million acres of farmland will undergo an operational facelift to adjust to the new reality of drastically reduced flows.

This week, the US Bureau of Reclamation announced its intent to revamp future Colorado River operating provisions by reviewing decisional documents and agreements that govern the operation of crucial Colorado River facilities such as Lake Powell and Lake Mead, which are at less than a third of their capacity.

The blueprint for governing Colorado River water expires in 2026, but ahead of that, an August study of 24 months slated for release will set the template for 2023 operations, which is a heavy lift given the bureau’s predictions.

Bureau of Reclamation commissioner Camille Calimlim Touton appeared before the Senate Committee on Energy and Natural Resources in June, warning that the system would need as much as 4 million acre-feet of additional conservation to meet its operational mandate.

“Despite the actions taken by the Department and Reclamation, significant and additional conservation actions are required to protect the Colorado River system infrastructure and the long-term stability of the system,” Touton told committee members.

Citing the unprecedented drought facing the West, Touton warned the seven basin states that include Utah need to take drastic steps to curtail consumption of Colorado River water — or the federal agency will do it for them.

Already this year the bureau plans to:

The bureau is seeking specific input on how to foster meaningful participation by all stakeholders in preparation for beginning the National Environmental Policy Act or environmental review process to develop post-2026 operating approaches for the Colorado River.

“In my testimony last week, I stressed the need for a quick response and action from across the basin to reduce water use and protect the sustainability of the Colorado River system,” Touton said. “As we focus on these short-term response actions, we also clearly recognize the importance of simultaneously planning for the longer-term to stabilize our reservoirs before we face an even larger crisis.”

The publication of the federal notice is not the start of the environmental review process but is a tool to seek input and encourage brainstorming before its formal initiation. Complaint is targeting an early 2023 start for the review.

“We want to hear from everyone who has a stake in this basin. We intend to develop our next operating rules in an inclusive, transparent manner, relying on the best available science,” said Senior Water Resources Program Manager Carly Jerla.

It also highlights the changing circumstances in the Colorado River Basin since 2007, including declining hydrology, drought and low-runoff conditions impacted by a warmer, changing climate. Additionally, it underscores the need for inclusivity in Colorado River decision-making involving the US partnership with the Republic of Mexico.

Drought and the new reality of the West

The Colorado River Basin is experiencing a 22-year drought and low runoff conditions, and reservoirs within the basin are at historic low levels. There are extensive impacts throughout the Colorado River Basin, including water for homes and crops to the generation of electricity the seven basin states, 30 tribes and Mexico.

While continuing to work with its partners to mitigate the impacts of this 22-year drought, reclamation is focused on the next phase of Colorado River operational decision-making.

This year marks the 100th anniversary of the signing of the Colorado River Compact, a complex series of agreements that carved out cooperation among the seven basin states and Mexico on how the resources in the 1,400-mile river will be used.

But everyone agrees the allocations of water — what states got how much — happened at a time when the river flows were unusually high, setting the stage for artificially induced allotments that have been harder and harder to sustain over time.

Utah gets about a third of its water from an expansive diversion of Colorado River that largely serves the eastern part of the state and is delivered by a labyrinth of complex infrastructure that also supports a booming population along the Wasatch Front.

More information on Colorado River Basin operations by the bureau can be found on its website.

Two informational meetings via Zoom will be held in July, with the deadline for comments set for Sept. 1.