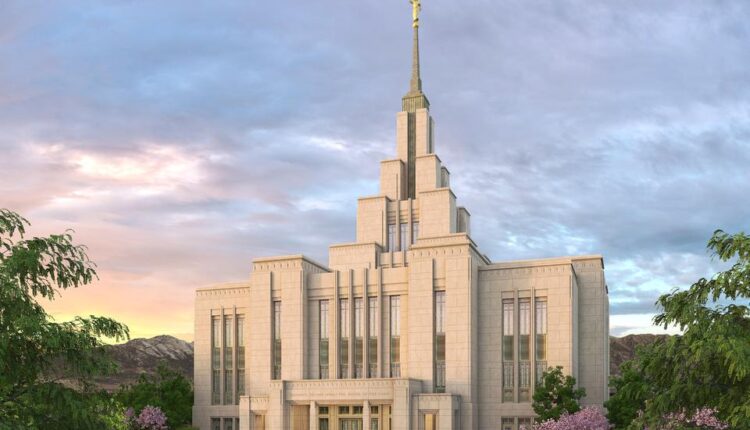 A rendering of the Saratoga Springs Utah Temple.

The First Presidency of The Church of Jesus Christ of Latter-day Saints has announced dates for the open house and dedication of the Saratoga Springs Utah Temple.

The announcement late Monday has long been anticipated, as COVID-19 and delivery chain issues as well as other events slowed the process of building Utah County’s fifth temple.

After a media day slated for April 10, 2023, and a private open house for invited guest April 11-14, the new temple will be open to the public to tour beginning April 15. The longer than normal open house will run until July 8 .

The temple will be dedicated Aug. 13 in three sessions with President Henry B. Eyring of the First Presidency presiding.

There are 2.2 million members of The Church of Jesus Christ of Latter-day Saints in Utah, the church’s world headquarters — with members accounting for more than 60% of the state’s population.