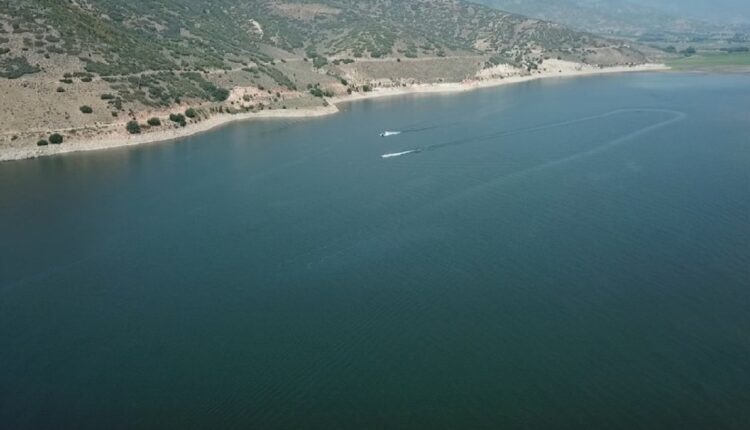 MIDWAY, Utah – One of Utah’s largest reservoirs is about to undergo major modernizations.

Deer Creek Reservoir, which supplies water to over 50% of the state’s total population, will receive approximately $ 60 million in infrastructure improvements starting next year. The reservoir is an important source of water for the communities in northern Utah.

“Not necessarily what we store here, but the amount of water that gets through here,” said Dave Faux of the Provo River Water Users Association. “We have Jordanelle above us, all of their water has to go through here. And all of these surrounding mountain ranges, all of them flow into this reservoir and have to pass this dam to get to the utilities.”

Part of the existing infrastructure is over 80 years old and will last for at least another 80 years thanks to the improvements. Some of the current parts for the inlet and protective grilles have reached the end of their useful life and are no longer available.

The dam itself remains structurally intact.

“With this infrastructure, this upgrade, we essentially want to rehabilitate the Deer Creek Dam piping,” said Brad Jorgensen of the association.

The project aims to increase water reliability not only for the Wasatch front, but also for growth. 1.5 million people currently draw water from the reservoir. This number is only expected to increase in the coming years.

New technologies are added to protect against an invasive species as well: quagga clams. When quagga mussel DNA was discovered in the water, the reservoir was threatened with horror. No further signs of this were found and the body of water has been declared free since 2018.

However, given Deer Creek’s size for recreation and water supply, the association wanted to make sure it could prevent infestation.

“It would destroy the ecosystem and devastate the infrastructure. And so with the new project we’re doing it will have state-of-the-art infrastructure that prevents the quagga clam from attaching itself to things, ”said Faux.

The project is carried out in a unique way without having to empty the reservoir. The Provo River Water Users Association plans to do it both above and below the water, replacing the inlet and protective gates without having to lower the water table.

“The recovery will continue, but we will also have the opportunity to provide our users with water,” said Jorgensen.

Utah’s Department of Water Resources said it was a smart move.

“They came up with the innovative idea of ​​doing this without having to empty the reservoir,” said assistant director Joel Williams. “Especially in a drought like this where we need as much storage as we can get.”

The project is not being carried out because of the drought, but to keep it up to date and prepare for growth and increased demand. Utah’s Water Resources Board approved a $ 40 million contribution to the project from a revolving loan fund.

With population growth, the Utah Division of Water Resources is also reviewing other bodies of water to keep them updated, whether they can hold additional water or whether new reservoirs will be needed in the future.

“The water storage is enormous for a climate like this where we get so much of our water during the snowmelt,” said Williams. “And if we can save that and use it later, it will have a big impact.”