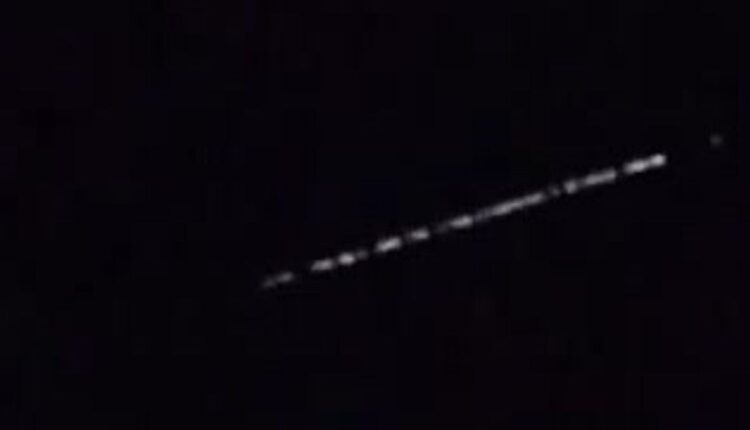 Did you see them? Strange lights spotted in Utah sky on Labor Day morning

SALT LAKE CITY — Many thought Labor Day was off to an extraterrestrial start with a strange strand of lights appearing in the Utah sky – but video from FOX 13 viewers did not capture a UFO sighting.

The lights were Starlink Satellites, according to findstarlink.com.

Video from FOX 13 viewer Josue Garay shows the satellites in Salt Lake City. Garay said he was walking his dog near 900 East and 600 South when he saw the strand of lights.

Visibility was good for the SpaceX satellites at around 5:30 am Monday morning in Utah.

While the satellite string is often mistaken for a UFO, it’s not the first time it has appeared in the Utah sky.

If you missed the satellites Monday morning, you might be able to see them again on Tuesday morning at around 5:50 am

Miners ride out the Storm, clinch berth in title game