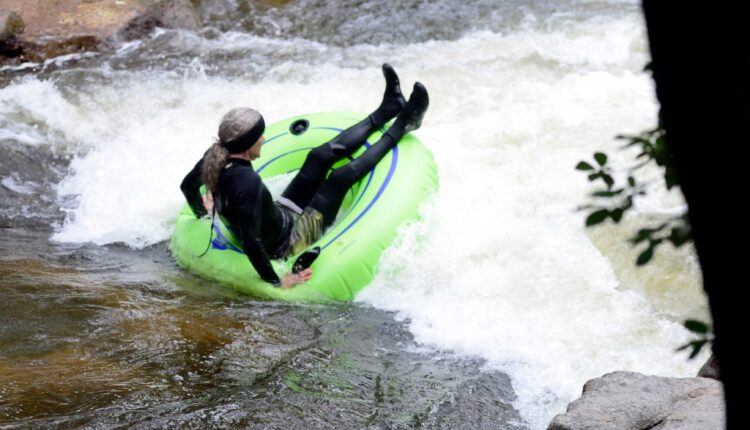 Does Boulder have enough water for the future?

I’m a water engineer, so a lot of people ask me if Boulder has a sufficient water supply.

For many years I would have answered resoundingly “yes” to this question, but not anymore.

Climate change is impacting Boulder’s water supply more rapidly than expected and has exposed real vulnerability that should be addressed. When you look at the science and the data, it’s clear Boulder’s current conversations and actions around growth and expansion are dangerously missing crucial context given the climate crisis — water scarcity.

Boulder’s water supply comes from the Boulder Creek watershed on the Front Range and the Northern Water Conservancy District system, which relies on the Colorado River watershed on the Western Slope.

On average Boulder gets about two-thirds of its supply from Boulder Creek and one-third from the Colorado River.

Historically, having a diversified water supply from two independent sources has ensured “reliability in response to moderate, localized droughts,” as Boulder’s website notes.

Unfortunately, climate change is impacting both of Boulder’s watersheds on both sides of the Continental Divide in unexpected ways.

Boulder’s most at-risk water supply comes from Northern Water, which gets most of its supply from what American Rivers just described as the “most endangered river in America,” the Colorado River. This water comes to us via the Colorado-Big Thompson Project, authorized by President Franklin Roosevelt under the New Deal.

The CBT project constructed Lake Granby and Boulder Reservoir and dug the Adams Tunnel underneath Rocky Mountain National Park to deliver water from the Colorado River basin to the Front Range. Only authorized in 1937, the Colorado-Big Thompson Project has comparatively junior water rights on the Colorado River, which means that when things get dry, our supply could be cut off sooner than others.

In the future, this portion of Boulder’s water supply is so vulnerable that it may not be fully available in all years.

The Colorado River is in crisis. Lake Mead and Lake Powell currently hold less than 30% of their total capacity. Emergency water releases from Flaming Gorge Reservoir in Wyoming were hastily approved last month to prop up Lake Powell for a few months and allow continued production of hydroelectric power. The next few years will likely see one of these reservoirs approaching dead pool level.

Climate change is reducing Boulder’s water supply, and we would be wise to act now.

First, Boulder must become more water efficient. It’s time to revive and refund the city’s water conservation program, which was put on the backburner after a 20% demand reduction was achieved by the early 2000s.

The focus of the city’s future water conservation efforts should be on outdoor use and reducing irrigation water demand across the city. Boulder’s irrigated urban landscape must respond to climate change by expanding our tree canopy while reducing nonfunctional turf areas. Colorado HB22-1151, which was passed by the Colorado House of Representatives, would provide funding for the transformation of high-water-use turf landscapes across the state.

At the same time, Boulder must evaluate the limits of climate change will impose on our water supply and thus on our future growth potential. If Boulder’s Northern Water supply were to be curtailed due to the Colorado River crisis, Boulder would likely not have enough water to even serve the current population adequately.

How many people can Boulder’s water supply support in a hotter and frequently third future? Our water supply is not unlimited, and we need a far better understanding of its real limitations.

Pro-growth advocates — who support expanding the city to CU South, the planning reserve and unrestricted densification of neighborhoods — conveniently ignore the additional water demand these proposals will bring in a climate-impacted future.

Citizens have built up and paid for Boulder’s water supply system over many years. If Boulder attempts to add supply and infrastructure to support new growth, it is imperative that the new growth — not existing customers, pay the costs of expanding these services.

It is time for us to face up to what climate change has in store for us. Boulder’s water supply is far more vulnerable than many people think.

Change could happen very fast given conditions on the Colorado River. Boulder should prepare sooner rather than later, starting with water efficiency and a clear-eyed understanding of the potential limits of our water supply.