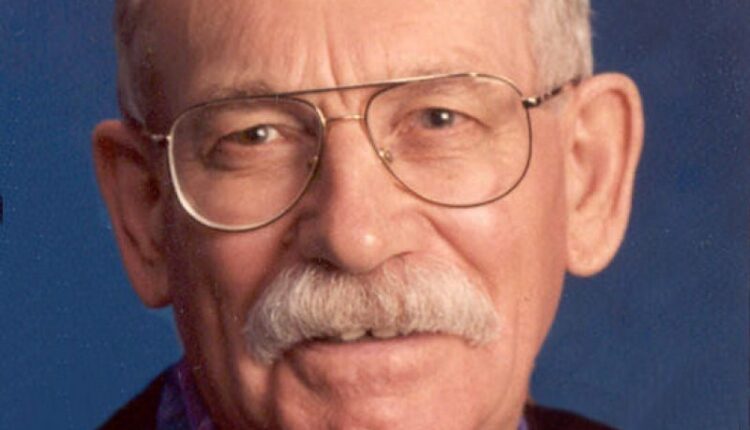 WEST POINT, Utah—Donald Warren Porter passed away at home April 21, 2022, surrounded by loved ones, after a months-long decline in health. He was born June 1, 1928, at the Salt Lake County Hospital on State Street in Salt Lake City. Most of Don’s youth was spent living on the city’s west side. He spoke often of the years on Indiana Avenue near the Jordan River, where he and friends attended The Arcade movie theater, read comic books and novels, and attended school.

Don’s mother and father divorced when he was 3. He and his younger sister, Carroll, were raised by their mother and stepfather until their mother died at age 34 of cancer. Then Dad was reunited with his father, moving to Buffalo, Wyo., in 1941. Those years were a much happier time in his life, as he was under the care of a loving father and stepmother. In Buffalo, Don converted to The Church of Jesus Christ of Latter-day Saints and was educated through his junior year in high school before moving with the family to Vernal, Utah, where he graduated from Uintah County High School in 1946.

After graduation, Don worked as a roustabout in the oil field at Rangely, Colo., attended Brigham Young University for a year, then in April 1948 enlisted in the US Marine Corps, serving four years, advancing from the rank of private to staff sergeant , based in San Francisco, Calif.

Two weeks after his honorable discharge from the Marine Corps, Don was called to serve an LDS mission in Norway. He accepted the call, and after his return two and a half years later, he began his career in law enforcement with the Wyoming Highway Patrol in Casper and Shoshoni. He later moved back to Salt Lake City in search of love and marriage, and found it at church one Sunday when he met Helen McIntosh Henderson. They were married in 1958, both aged 30, in the Salt Lake LDS temple, had their first child within a year and later moved to Burlington, Wyo., to help run the farm where Helen was born and raised while her brother was serving a mission – as Don had, in Norway.

A couple of years later, Don worked as an electrician with his brother-in-law in Greybull, Wyo., Then transitioned back into law enforcement as town marshal in Basin, Wyo. – later accepting a position as deputy sheriff for the Big Horn County Sheriff’s Office. During that time, Don and Helen welcomed a second child into the family, and Don attended and graduated the Federal Bureau of Investigation’s National Academy in Washington, DC

In 1973, the family moved to Bountiful, Utah, where Don worked as a patrolman and detective for the Bountiful Police Department, retiring in 1991. He then worked for eight-plus years as a contract court security officer for the US Marshals Service at the federal courthouse in Salt Lake City, followed by several more years driving large front-end loaders and bulldozers in the Bountiful Landfill’s green-waste operation.

Don remained a member of The Church of Jesus Christ of Latter-day Saints until the end, having served in various callings including counselor in two bishoprics, on the Bountiful Stake High Council, as a temple worker in the Bountiful Temple, Gospel Doctrine teacher in the Bountiful 27th Ward and, the calling he enjoyed the most: home teacher.

Funeral services will be 10 on Wednesday, April 27, at Russon Mortuary & Crematory, 295 N. Main Street in Bountiful, Utah. A viewing for family and friends will be prior to the service at 8:45 am Interment will be in the Bountiful City Cemetery.

Services will be streamed live on Russon Mortuary & Crematory Facebook page and this obituary page.