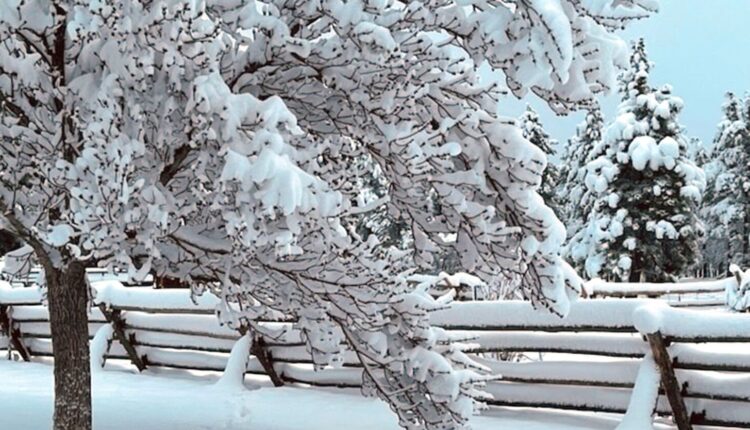 It’s a common saying in Utah: If you don’t like the weather, wait five minutes and it will change.

Mother’s Day weekend was all that — offering dust storms, snowstorms, sunshine and freezing temperatures in some locations.

Webber worked Sunday through all that craziness and the federal agency’s feed on Twitter was churning out factoids, warnings and advice to travelers.

I-15 near SR-9 in Washington County is seeing blowing dust across the road. Pull aside, stay alive if conditions deteriorate. #utwx pic.twitter.com/neqMHccUyu

Blowing dust reduced visibility in Orem in Utah County to a third of a mile or less.

Snow blanketed the mountains as a result of the spring storm, and some valley locations picked up some icy snow as well.

Webber said northern Wasatch Front locations dipped down into the low 30s, much to the dismay of Mother’s Day gardeners. While Mother’s Day and any planting afterward is generally considered the guidepost on when to start gardens, it does not mean freezing temperatures are not a risk.

One has only to look at the National Weather Service’s website to see how nature can be so contradictory this time of year in Utah.

In the extreme north in the Logan area, the weather service is warning of a hard freeze Monday. In eastern San Juan County, there are red flag warnings in effect.

“It is spring. We have a lot of changing weather. I like to tell people this is the battle of the seasons this time of year,” Webber said.

The coming weather in Utah: Webber said another storm will sweep through late Wednesday evening into Thursday morning. There will be some high elevation snow with the potential for valley rain. It will be breezy ahead of the storm, but Webber was quick to add it will be nothing like last weekend’s wind.

He bemoaned the active weather pattern, but only a little.

“It’s been really active over the last month or so but I wish it had been this active in January and February when we really needed it,” adding there was that long stretch of 40 or so days when it was bone dry.

“This is nice to have but too little, too late,” he said, like showing up to the party as the last guest is leaving.

This weekend, he said, will get up into the 70s and Monday could even deliver the season’s first 80 degree temperatures. The weather pattern should stabilize for a while — nothing like Mother’s Day.

“It was everything,” Webber said. “It was just a very Utah day.”