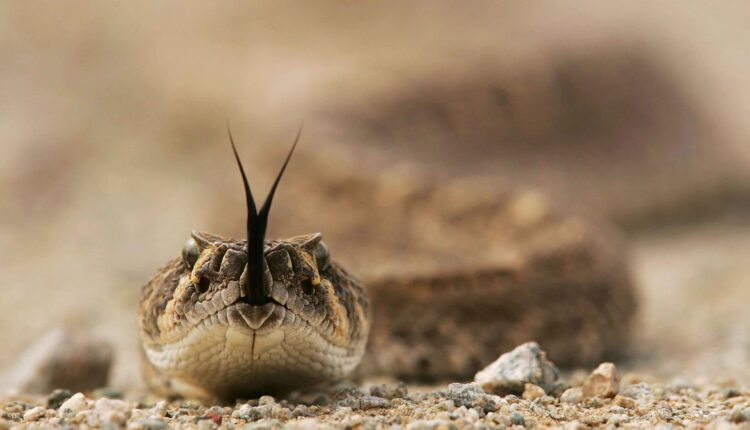 If you see a rattlesnake this summer, don’t milk it for venom. Also, be careful when hunting rattlesnakes for their meat.

These are the warnings of Zack Walker, Wyoming Game and Fish non-game supervisor and reptile expert.

Walker told Cowboy State Daily on Tuesday he’s heard of many Wyomingites eating rattlesnakes, but hadn’t heard of people surviving on them.

“I do talk to people who say they’ve had them before,” said Walker, who has not eaten a rattlesnake. “I’ve never met someone who eats a lot of them, I guess.”

Rattlesnakes, which taste slightly of chicken, are not legally protected from being hunted or killed.

However, they are venomous and sometimes deadly snakes, with frontal fangs that can easily pierce human flesh.

Walker said he hadn’t heard of Wyomingites trying to milk rattlesnakes for their venom, but he advises against that.

“I would leave that to the professionals,” he said. “That makes me a little worried and hopefully people don’t do that.”

Though deadly, rattlesnakes generally are not aggressive unless provoked, which is why most rattlesnake bites occur when people try to attack or handle the snakes without prior training, Walker noted.

For that reason, he added, snake hunters should use caution.

Eat This, Not That

If you must eat a rattlesnake, note that the prairie rattlesnake population in Wyoming can handle it better than the midget faded rattlesnake, which is a different subspecies that, Walker said, is somewhat rare.

“It’s a little bit more of a conservation concern than is the prairie rattlesnake,” said Walker, specifying again that he wasn’t encouraging snake-hunting for dinner.

The midget faded rattlesnake in Wyoming is found only in the southwest corner of the state, “kind of near the Flaming Gorge area,” whereas the prairie rattlesnake is widespread.

Walker, who earned a master’s degree in herpetology and has spent his career tracking and studying reptiles and amphibians, said he wasn’t sure if he’d eat a rattlesnake because he’s spent so much time studying them.

If bit by any kind of rattlesnake, remove constricting accessories such as rings and bracelets, and seek medical care immediately. Rattlers can dry bite, that is, bite a person without injecting venom, but it’s best not to gamble on that possibility, said Walker.

Rattlesnakes aren’t the only venomous snakes in Wyoming, but they seem like it.

“The hog-nosed snake does have a weak venom, but it’s rear-fanged,” said Walker. “You usually never hear about anybody getting bit by hog-nosed snakes. That’s difficult to do.”

Besides having a weak, usually non-fatal venom and a mechanical disadvantage of attack due to its rear fangs, the hog-nosed snake has sweeter manners.

“Their temperament is such that they don’t bite you anyway,” Walker added.

A Job To Do

Bull snakes have a job to do.

These five-foot-long snakes are a common sight in Wyoming, and can be distinguished from rattlesnakes by their narrower heads and rounder pupils. They are not venomous but can cause pain and bruising if they bite and latch on during an attack.

Despite that, the clever bull snake will mimic a rattlesnake when threatened, by shaking its tail in debris to emulate a rattling, and by making a rattling hiss through its mouth.

“They’re out there doing a job. They keep the rodent population down,” said Walker. “If people are scared of them they can run them off, but (bull snakes) are doing their job.”

Wyomingites often will tell one another to keep bull snakes around, because bull snakes eat rattlesnakes.

“The truth of it is, they don’t commonly eat rattlesnakes,” said Walker. “One might eat a small rattlesnake, but it’s not typically going to go out of its way to eat one.”

Walker said the bull snake is more likely to shack up with the rattlesnake than eat it.

“I’ve personally seen bull snakes and rattlesnakes in the same hibernacula (den),” he said, adding, however, that the two types of snakes are too far apart genetically to inter-breed.

Another Wyoming legend about snakes is that rattlesnakes crossing a lake will knot themselves into a huge ball, and can cause major water-skiing accidents in that form.

“I have never seen that, and I wouldn’t expect that to happen, just by the sheer nature of a rattlesnake,” said Walker.

Just like all snakes, rattlesnakes can swim, but they usually prefer to cross lakes and other water bodies alone.

The knotted-snake legend may have its origins in facts, however, since garter snakes emerging from hibernation gather into a huge knot together to mate.

A knot of garter snakes in the water might harm a person’s boat, said Walker, but not more than any other clump of debris of equal size.

A final commonly-held belief about snakes in Wyoming is that children catching water snakes will have foul-smelling hands.

Not only is this belief true, it’s completely intentional on the part of the water snake.

“They produce a musk that comes, basically out of their cloaca, or their vent, and it’s designed to smell bad and dissuade predators,” Walker said.