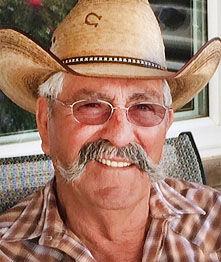 83, settled in Buena Vista in 1959, ranchers worked in the Climax mine

Ernie was born in Redwing, where he learned what it was like to be a cowboy early on while learning how to work hard on his family’s homestead.

He settled in Buena Vista and married Karen Lumetta in 1959. Together they raised eight children. For over two decades he worked in the Climax molybdenum mine in Leadville and at the same time on his ranch in Buena Vista.

Ernie had a tough work ethic and turned to ranching and haymaking when he retired. Ernie loved spending extra time with his family raising cattle, rappelling in the arena he and his kids built, family barbecuing on vacation, and hunting with his kids. However, Ernie and his 34-year-old wife divorced in 1993.

In 2000 he moved to Denver and became ranch manager for the large riding / lakefront Taylor Estate in Lakewood. The 122-acre estate, then one of the largest remaining private lots in the Denver area, was known to have housed kings and dignitaries. He worked for the Taylor Estate for 17 years before retiring for the second time.

Always teasing and joking, Ernie was a real cowboy who never lost his love for horses and ranching.

The funeral will take place on October 8th at 3:00 p.m. in the Catholic Church of St. Rose of Lima in Buena Vista.

The funeral will take place on October 9th at Chama Cemetery in Redwing.