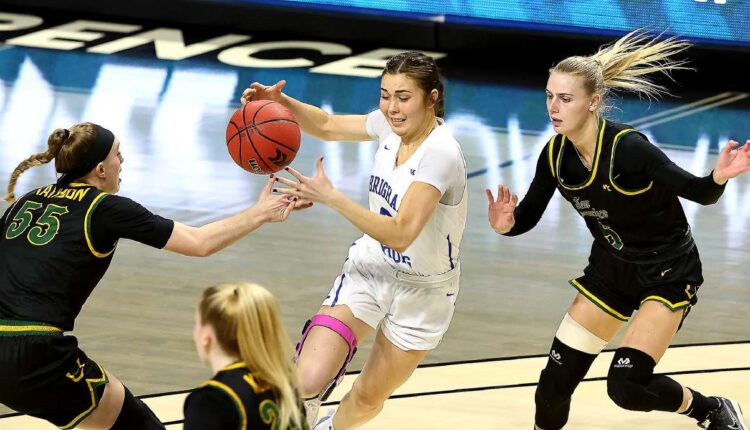 PROVO — Most of BYU’s athletic programs are still a year away from joining the Big 12 Conference.

One star basketball player is taking the route a year early.

Shaylee Gonzales, the fourth-year sophomore and two-time West Coast Conference Player of the Year, announced her transfer commitment to Texas on Monday after her former BYU coach retired from the program.

Gonzales, who ranks No. 10 all time in BYU history with 1,555 career points, led the Cougars in scoring en route to a historic season in Provo, winning a regular-season WCC title and finishing with a 26-4 record and top-15 Associated Press poll ranking.

But after the season, head coach Jeff Judkins announced his retirement after more than 20 years with the program, stepping down as the winningest basketball coach (men’s or women’s) in BYU history. That led to the hiring of former BYU guard Amber Whiting as the next head coach, and Gonzales announced her intention to enter the transfer portal within a few weeks.

Despite retaining former assistant coach Lee Cummard as associate head coach and bringing back ex-BYU standout Morgan Bailey as an assistant, Whiting — who had previously built a relationship with Gonzales as an alumni mentor — couldn’t keep one of the best players in program history who rallied back from a devastating ACL injury prior to her sophomore season from leaving for the Power Five program bound for the Southeastern Conference no later than 2025.

“Thank you Cougar Nation, family, and friends for showing me so much love and support,” Gonzales said at the time of her transfer. “BYU will always have a special place in my heart.”