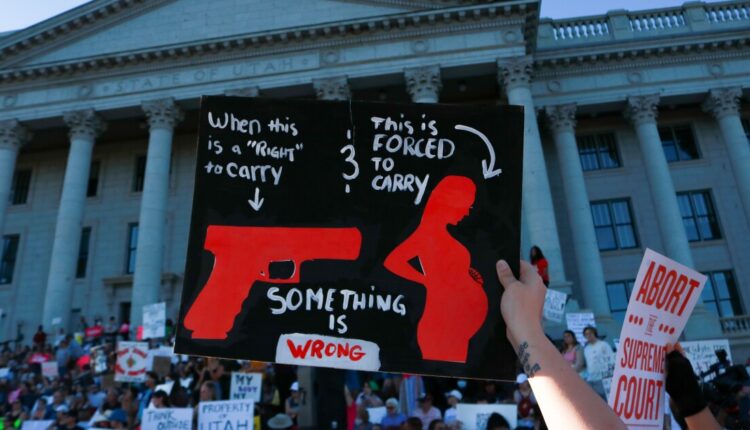 The US Supreme Court announced its decision Friday to overturn abortion protections laid out in Roe v. Calf. Utah is one of 13 states that have passed trigger laws that will now ban almost all abortions.

From the steps of the state Capitol to a park in St. George, Utahns gathered Friday night to celebrate and mourn the monumental decision.

A crowd voices their fury

In Salt Lake City, thousands came together to express their feelings — to cry together and to be angry together. They raised pink signs that said “Bans off our bodies” and “My body, my choice.”

One of many protest signs seen as abortion advocates gathered at the Utah State Capitol, June 24, 2022.

Mikah Gonzalez, a trans man, took to the mic at a rally at the Salt Lake City and County Building, before marching to join an event at the Capitol hosted by Planned Parenthood.

“I wish I could say that I’m surprised or outraged or angry,” Gonzalez said. “But I’m just tired. I am so tired of my rights being questioned and debated as [a] political pawn.”

At the Capitol, people spilled from the steps onto the lawn while chanting, “Abortion is a human right.” 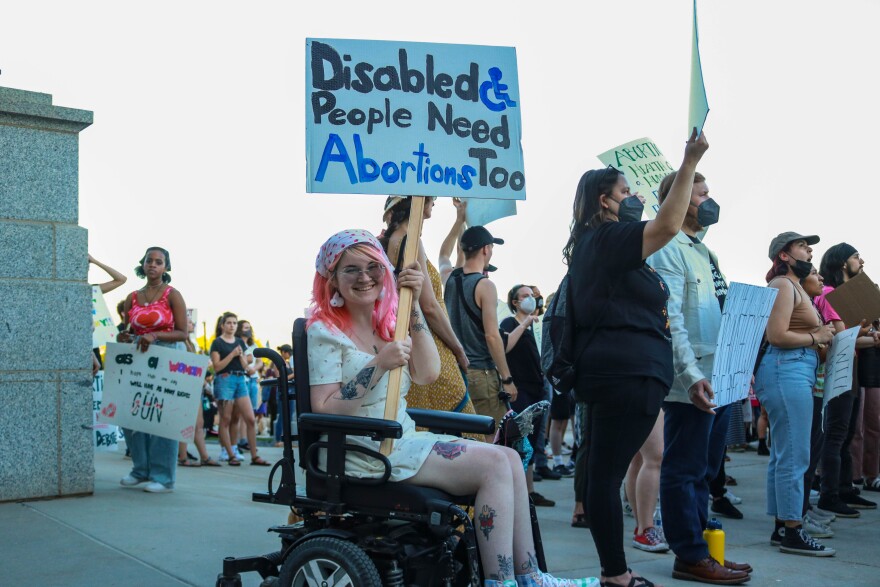 Kiya Alexander listens to speakers at the rally for abortion rights at the Utah State Capitol on Friday, June 24.

One person, Heather Dinsmore, shared her story of getting an abortion.

“It was the easiest and the hardest decision I’ve ever made,” Dinsmore said. “And I’ve never regretted it.”

Aimee Contreras, a queer woman of color, said she didn’t feel like people should be shamed and punished for their reproductive health.

“We do not deserve to die or be incarcerated for the personal decisions we make regarding our health, our lives and our bodies,” Contreras said. “I know who I am. I know what I want. And I know what I deserve.”

The takeaway was a call to action — to vote, to take care of their communities and to fight for their rights. 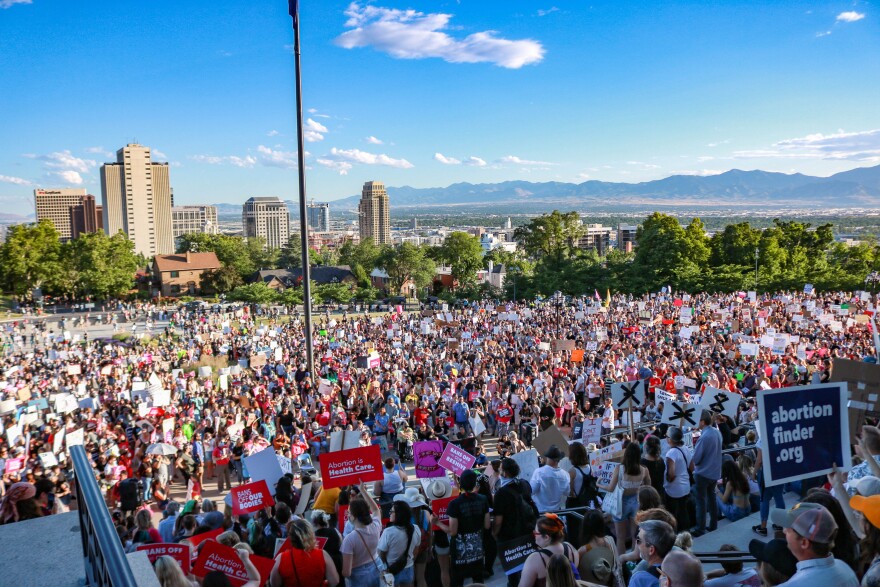 About 2,500 people showed up at the Utah State Capitol to protest SCOTUS’s decision to overturn Roe v. Wade and Utah’s trigger law that went into effect Friday, June 24, 2022.

In St. George, around 40 people gathered at Vernon Worthen Park for an anti-abortion event, which was organized by the southern chapter of Pro Life Utah. People waved yellow flags with the word “LIFE” on them, as well as American flags.

Carolyn Doughty said she’s thankful the Supreme Court stood up for the Constitution.

“Our country needs to return to God and God loves children,” she said. “We should help women who are in trouble and we shouldn’t make it a dividing point, we should make it something that we all come together to celebrate.”

Even though there are no health clinics that perform abortions in the city, Pro Life Utah coordinator Katherine Larsen said she cried happy tears at the news of the decision.

“Here in Utah, we’ve passed that life at conception law,” she said. “So here it’s a big deal that we have over 3,000 abortions in the state of Utah — elective abortions — and that will be no more.” 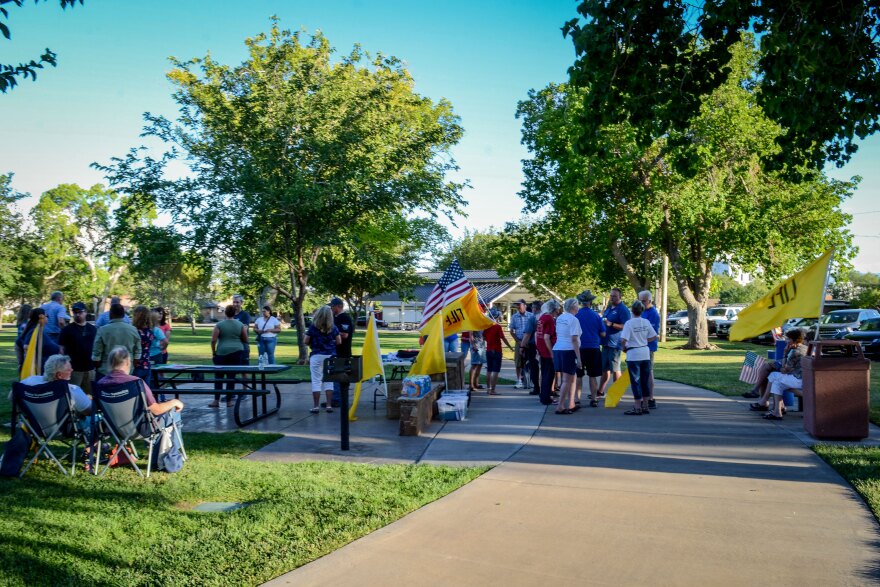 Last year, Planned Parenthood provided 2,554 abortions in the state, according to a spokesperson.

Larsen is supportive of Utah’s bill that carves out exceptions for rape, incest and if the pregnant person’s life or the fetus is in danger. She said she thinks that alleviates peoples’ fears about abortions being banned.

For those celebrating the overturning of Roe v. Wade, they said they don’t see this as the end of their work. Oriahna Perez is a mother who has worked in pregnancy crisis centers and volunteered as an abortion opponent since she could vote. She said now it’s time for her and others to shift their focus.