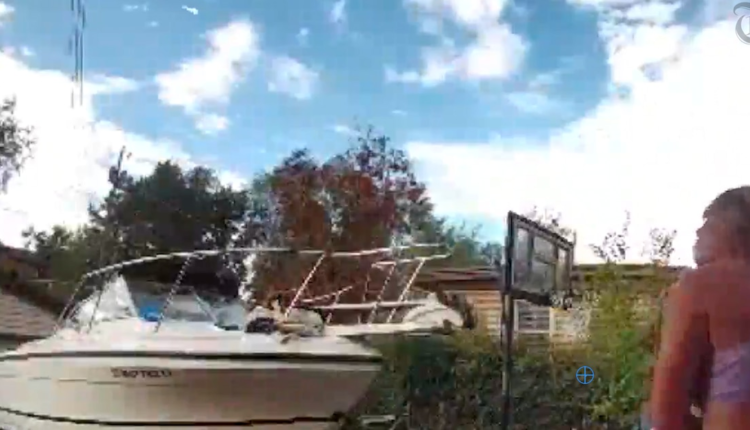 A loud ‘boom’ heard across areas of northern Utah was likely a meteor, officials said.

Reports of the loud noise circulated at about 8:30 am Saturday, with people from Orem to southern Idaho posting that they heard the ‘boom.’

gov. Spencer Cox said in a tweet that his office confirmed it was not related to any seismic activity or Utah’s military installations.

The National Weather Service’s Salt Lake City office wrote in a tweet that its lightning detection mapper likely picked up the meteor’s trail/flash, which officials said seemed to be confirmed by witness video in Roy.

Heard this while out on a run in SLC. We have confirmed it was not seismic/earthquake and not related to our military instillations. This is probably the best theory. https://t.co/mEGfjtveNE

South Salt Lake resident Wendi Melling was just heading out the door Saturday morning when she heard the noise, which she described as a “loud deep booming sound” followed by a few seconds of rumbling.

“I thought I heard something fall in the house. I have since searched the house top to bottom and the only thing I’ve found was one slat from our wooden fence that had fallen, so that’s a relief,” Melling wrote in a Facebook message.

“It did sound similar to sonic booms I’ve heard before, followed by a short incident of a sound similar to low rolling thunder,” Melling continued. “This rumbling noise that followed the boom was maybe on 3-4 seconds.”

Melling immediately went to check on her husband after the ‘boom,’ who she found “sound asleep.” She later found out through social media that evidence was pointing towards a meteoric event.

“That was concerning news on a beautiful Saturday morning, but also very interesting,” Melling wrote. “I’m so relieved to find it likely wasn’t an earthquake because I feel like we had more than our fair share of quakes and aftershocks in 2020.”