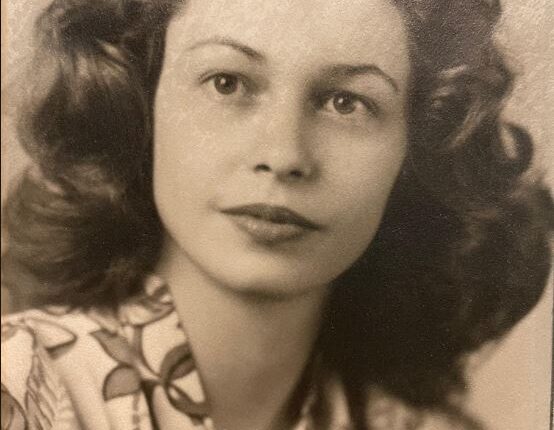 Gayle grew up in Provo, Utah and spent time in Draper and St. George, Utah, as well as in San Francisco and Grass Valley, California.

Gayle graduated from the University of Utah with a bachelor’s degree specializing in English Literature and later taught at Utah Valley Community College. Gayle was also a selfless caretaker to her parents Walter and Ivie for many years. We are all very grateful for the time and patience Gayle showed her parents.

Gayle was a lover of life and stayed active throughout her 97 years! She was a passionate reader, nature lover and always up to date and actively informed about current events. Gayle was an independent woman and in many ways ahead of her time. Gayle enjoyed reading, attending performing arts events, listening to classical jazz, piano and guitar, and practicing tai chi.

Gayle married John A. James at Capital Reef in 1996 at a beautiful and spiritual sunrise ceremony and lived together in Grass Valley, California until John’s death in 2015. Gayle and John met in San Francisco in 1952 and later came back together thanks to a mutual friend who brings them back together. Gayle has had many close friends and a select family throughout her life.

A grave memorial service will be held at the Wasatch Lawn Memorial in Millcreek on Saturday, November 13th at 11:00 AM. Friends and family are welcome.