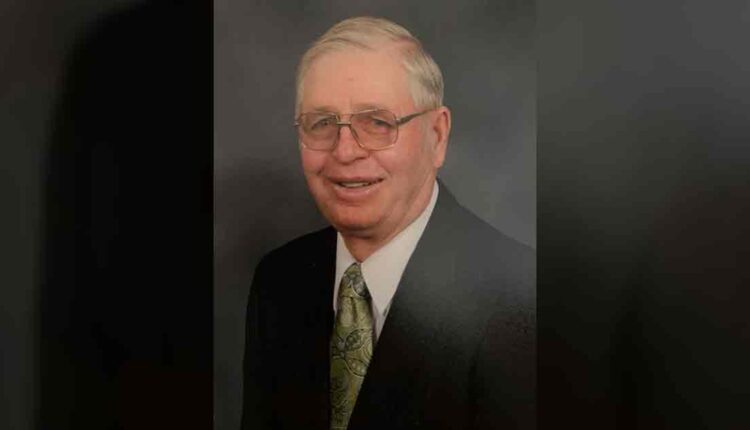 George Halden Searle, 83, of Vernal, Utah, returned to his Heavenly Father with his family at his Vernal home on Friday, September 4, 2020.

George was born in Vernal on October 24, 1936 to Raymond and Hallie Searle and was the third of nine children. Raised in Vernal and Diamond Mountain, George graduated from Uintah High School in 1955 before continuing his education at a business school in Provo, Utah.

George later moved to Wyoming with his brother Con, where they started their business, Searle Bros. Construction Co., after starting it in Roosevelt, Utah, in 1967. After Cons’s death in 1994, George returned to Vernal for his first love, Rim Ranch, on Diamond Mountain. Always dedicated to his family, George carried on his parents’ tradition of bringing his children, grandchildren and many other family members and friends to study and work with him.

George had many hobbies and was an avid mechanic, skilled welder, and loved restoring old cars and farm equipment. He was also a gunsmith and enjoyed collecting and building weapons. George was also a licensed pilot, enjoying reading, studying World War II history, and spending time with his family. George was a member of The Church of Jesus Christ of Latter-day Saints. He enjoyed serving as a temple worker at Vernal Temple.

George passed in death his parents Raymond and Hallie Searle, two brothers Larry and Miles (Con) Searle, brother-in-law Bill Hefley and Dale Ross, a sister-in-law LuAnne Searle and his sister Carillon Ross ahead of him by thirty-two hours in death. George was always patient and likely let his sister’s turn on the red carpet to heaven before his turn.

Our family would like to thank the staff at Naples Beehive Home and Canyon Home Care and Hospice for their care.

The funeral service will take place on Wednesday, 09.09.2020, at 11:00 a.m. at the Uintah Conference Center, 313 East 200 South, Vernal, Utah. A tour for family and friends will take place on Tuesday evening from 6pm to 8pm at the Phillips Ashley Valley Funeral Home and 1 hour before the Wednesday service at the Uintah Conference Center. The burial takes place in the Maeser Fairview Cemetery.

Online condolences can be found at www.AshleyValleyFuneralHome.com

Provo church being asked to pay up to $20,000 in taxes by Utah County | Provo News