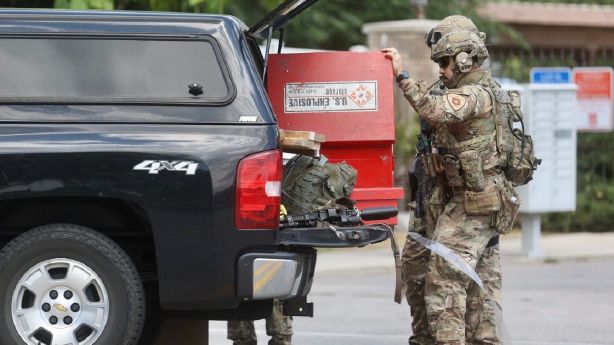 At about 11:30 am, police received a call about a suicidal person near 1660 W. 800 North, according to Salt Lake Police Sgt. Keith Horrocks.

The officers responded to the area and spoke to the person, but at one point that person fired “multiple shots” at the officers, who returned fire, Horrocks said. Officers also had to take cover to protect themselves, he added.

The person was then barricaded in the house, according to Horrocks. It is not immediately clear whether the person or officers were injured during the shooting.

Social workers and negotiators were on hand, as were members of the SWAT team who have less lethal methods, Horrocks added. An investigative team made up of staff from multiple Salt Lake County law enforcement agencies was called in to investigate the shooting in accordance with the district’s police investigation process for shootings, Horrocks said.

As of 2 p.m., Redwood Road was closed between 700 North and 1000 North, Horrocks said. People are asked to avoid the area.

Further details of the situation, including the age, gender and identity of the person who allegedly shot officials, were not initially known.

This story will be updated as more information is released.