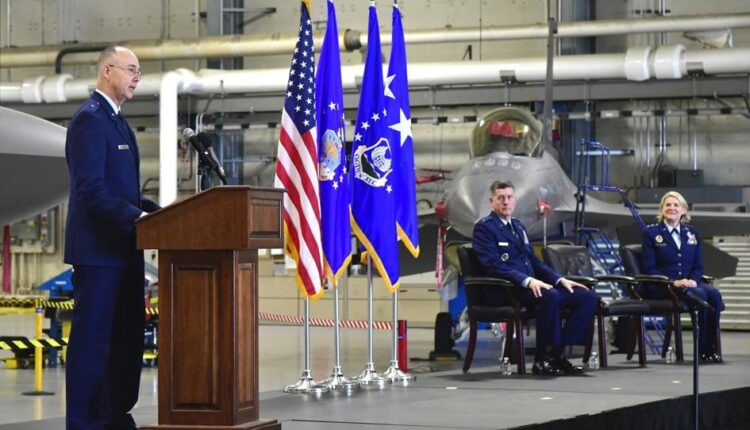 HILL AIR FORCE BASE – One of the most important cogs in keeping United States military power operational got a new top leader this month.

Gibbs, who has served nearly 30 years in the Air Force, will lead a team of more than 8,500 people, including both military and civilians. As one of the largest maintenance centers in the entire Department of Defense, the Ogden ALC performs maintenance, repair, overhaul and modification of aircraft such as the A-10, C-130, T-38, F-16, F-22, F. through -35 and for the Minuteman III Intercontinental Ballistic Missile System.

The complex produces electronics, avionics, instruments, propulsion systems, and software for several U.S. weapon systems, and repairs things like landing gears, wheels and brakes, rocket motors, air ammunition and guided bombs, and many other aerospace components, making it an integral part of the nation’s military readiness .

“The Ogden Air Logistics Complex is really a huge organization … the more I learn about our various operations, the more excited I am to be here,” said Gibbs. “I have a great deal of appreciation for the work that is being done here and for the people who do this work. I look forward to the challenges and opportunities that present themselves to us. “

Lt. Gen. Donald Kirkland, who is in command of the DOD’s Air Force Sustainment Center, under which the Ogden ALC falls, said Gibbs’ previous experience made him well suited to lead the depot maintenance division.

Gibbs joins Hill from Scott Air Force Base, Illinois, where he served as director of logistics, engineering, and security for Air Mobility Command. He was responsible for policies, guidelines, training, and resources to support more than 49,000 employees. Gibbs was drafted into the Air Force by the Reserve Officer Training Corps in 1993 and has served in a variety of organizations directing maintenance operations including fighters, bombers, airlifts, and aero aircraft.

“I started my days as an aircraft maintenance officer, working in fighter jets, and always thinking it would be pretty cool to land at Hill Air Force Base here in Utah,” Gibbs said.