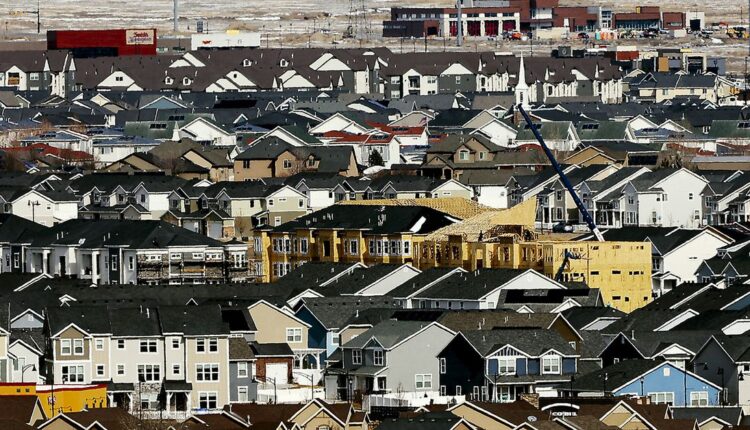 For the Utah housing market, 2021 may not have exceeded or even reached the record year of 2020 in terms of home sales.

But it broke last year’s wild records in one area: price increases.

That clearly makes 2021 the year of price spikes when it comes to Utah and the raging housing markets of the west.

“For people who have lived in Utah all their lives, seeing what (sellers) want … it’s shocking to see what the home prices are. That’s how I would characterize 2021, ”said Dave Anderton, spokesman for the Salt Lake Board of Realtors.

Why? This is likely because record high prices and low inventory have put some buyers off the market.

“Sales have slowed,” Anderton said. “We have had a record year 2020 that we thought would be a recession year (amid the economic fears caused by the pandemic). It turned out the complete opposite. ”

The pandemic turned the housing market across the nation on its head as thousands of Americans reassessed their lives and moved from big cities in search of more space at lower prices. Many looked west, especially in states like Utah (where jobs are thriving) and Idaho, where housing was comparatively more affordable.

Construction is underway at Brookside Estates in Heber City on Thursday, May 6, 2021. Kristin Murphy, Deseret News

As a result, states like Utah and Idaho have seen record years of home sales and price increases. In Utah, experts are warning of a “highly unbalanced” housing market as demand continues to lamentably outstrip supply.

As the pandemic accelerated and the problem worsened, the housing crisis in the West began years ago amid the Great Recession after the subprime mortgage crisis put the nation and the world economy into a death spiral. Housing construction fell after the crash and the market has struggled to keep up with demand ever since.

So, according to the Salt Lake Board of Realtors, 2020 remains the best year for home sales in Salt Lake County’s history – and even surpasses a few years before the Great Recession.

While 2021 was still based on the demand wave of 2020, it is lagging behind. However, it still ranks in the top 10 (No. 8) in Salt Lake County’s history, and as sales slowed it fell behind a few years before the Great Recession.

In 2021 sales slowed, but prices continued to rise to unprecedented levels

However, 2021 surpasses other years on the Salt Lake Board of Realtor’s books in terms of average prices of homes sold.

“2021 will be the fastest price growth we’ve seen in Salt Lake County’s history. We’ve never seen prices go up so quickly in such a short amount of time, ”Anderton said. “So this is ’21 for you.”

“2021 will be the fastest price growth we’ve seen in Salt Lake County’s history. We have never seen prices rise so quickly in such a short period of time. So this is ’21 for you. ”- Dave Anderton, Salt Lake Board of Realtors spokesman

For example, the average home sale price in Salt Lake County has increased over the past seven years, according to the Salt Lake Board of Realtors.

Compare that to prices in the years before the Great Recession, which is now the second and third highest years in terms of volume of home sales in Salt Lake County. In 2005, the median home sales price was $ 175,000. In 2006, it was $ 208,150, according to the Salt Lake Board of Realtors.

Where is the Utah housing market going from here?

Housing experts warn of a “severely unbalanced” housing market in terms of affordability, but do not expect prices to fall anytime soon.

“We don’t see any price drops. We are still seeing price increases, ”Anderton said, even as sales have declined past 2020. “I think sales have slowed because prices are so high that first-time buyers are being taken off the market. And I also think that the inventory is not yet where it should be. ”

To substantiate that prediction, Anderton says, one only needs to look at the latest Utah population statistics, as outlined in a recent report by the University of Utah’s Kem C. Gardner Institute that found that over half of Utah’s population was growing Immigration is due. Last year, net migration contributed 59% of Utah’s population growth, up from 49% last year, the report said.

With so many out-of-staters moving in, Anderton said, “we’re not going to see any slowdown in prices at all”. “We will see even more price increases.”

Realtor.com real estate website recently ranked the greater Salt Lake City area as the # 1 housing market in the country, poised for growth in 2022. Price increase in the course of the year. Its closest western competitor, Boise, was ranked # 2 in its housing forecast.

However, it is possible for prices to slide in some pockets of the state. Other research by Florida Atlantic University and Florida International University has found that two Utah cities – Ogden and Provo – are so overvalued that their prices may “flatten” and level off.

But for Anderton, 2022 is likely, by and large, to bring even more growth. He said the “biggest constraint of the Utah market is whether builders can build enough homes.” In today’s marketplace, builders start building enough to meet the number of new homes being built in the Utah market, “but it comes down to the seven to ten years we haven’t built enough to catch up ”in the midst of the Great Recession.

That’s why Anderton predicts that 2022 will bring even more demand to the housing market.

“I don’t see any drop in prices and that’s because of all the growth,” he said. “We have so many out-of-staters on the way. There is still competition. It’s not like 2020, but you can still get multiple listings on homes. Five offers for your own home. “

Anderton said interest rates could affect sales in 2022, but they are expected to stay in the mid-to-high range of 3% through the end of the year. “Those are still wonderful prices,” he said.

“The challenge now is to manage the growth,” Anderton said, which will affect the infrastructure and roads of Utah in the years to come, “and where that growth will lead.”

As the counties on the Wasatch Front continue to boom – with Utah County being one of the fastest growing counties in the country – the outskirts “are exploding right now with new homes building,” Anderton said. 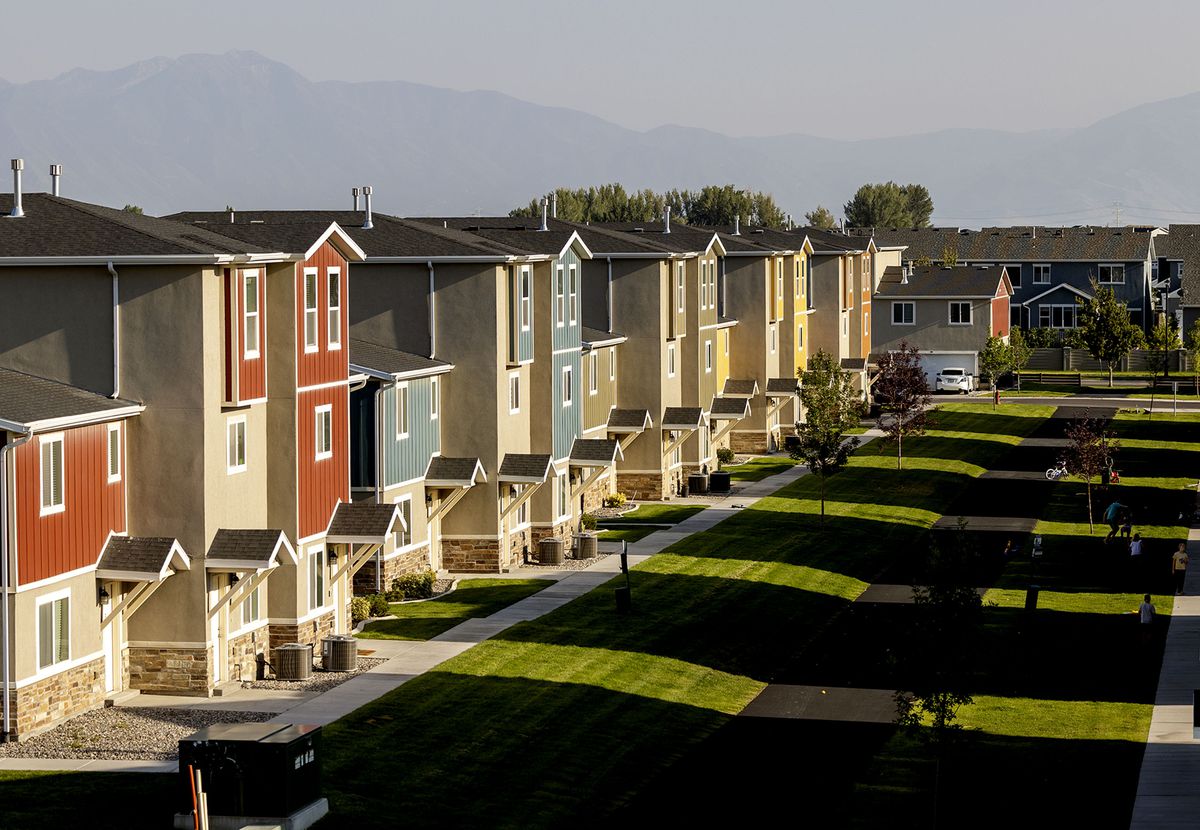 The pressure is particularly noticeable in areas like Heber City, one of the top areas for out-of-state movers.

“A lot of Californians love the Heber Valley, that’s what the realtors tell me,” says Anderton.

The sheer number of people moving to Utah is even clearer if you just look at the license plates that drive on I-15. Anderton said he saw “literally at least five different license plates” from states like California, Nevada and Oregon on his drive to Sandy this week.

It’s a question that has been asked before: is Utah on its way to becoming more like California, or is its future more like another state, such as Texas?

Anderton said it’s a difficult comparison since 80% of Utah’s population is concentrated in the urban corridor along the Wasatch Front, but price growth in 2021 is sure to make it look like Beehive State is more like the Golden State.

Has Utah “oversold” itself? 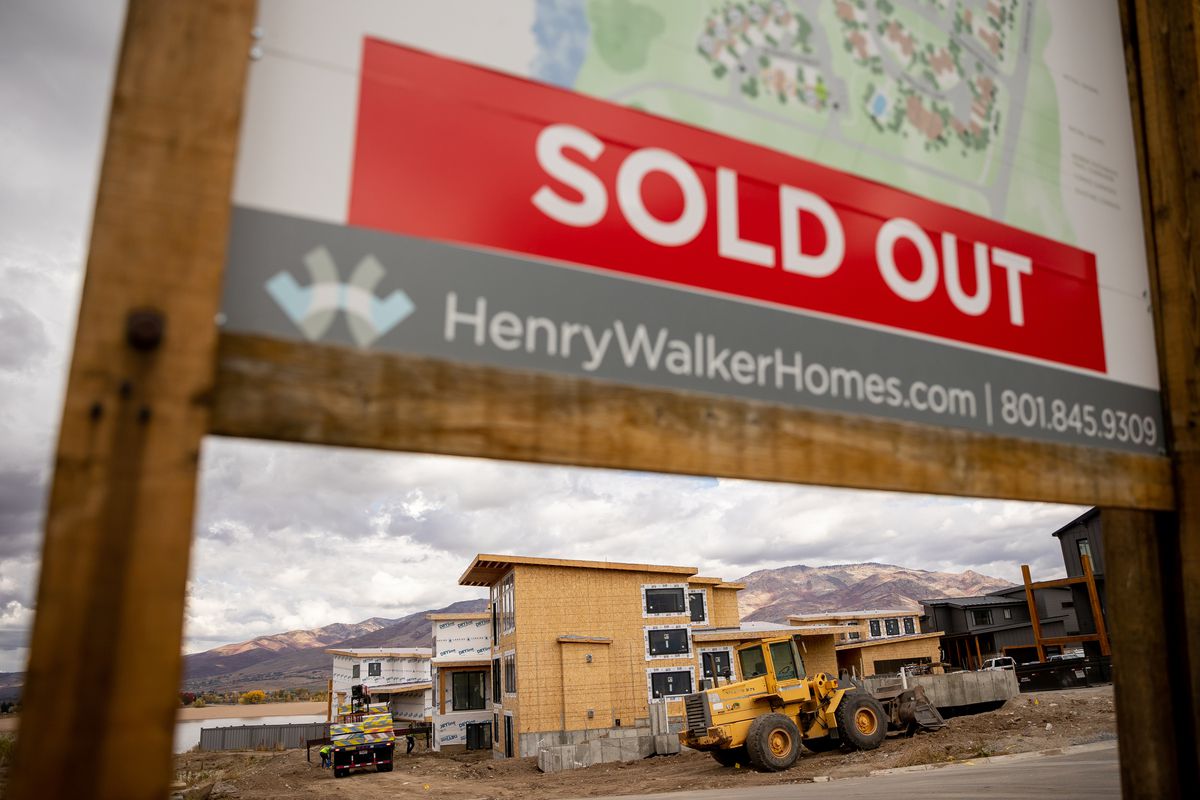 The question arises: How did Utah get here? Yes, the state is still the No. 1 state in the nation and is constantly growing. It is No. 1 in the nation for its economy and unemployment rates. Utah has a lot to offer.

Anderton wonders if Utah “oversold” itself?

“I am by no means hostile to growth. I would rather be a growing state than a state losing its population, ”he said. “But how do you manage this growth in the future? I think these will be our biggest challenges. “

Now, more affordable outskirts that are maybe 30 or 45 minutes from downtown Salt Lake City are no longer so affordable, Anderton said. Now people have to look more and more rural – in some cases more than an hour away – to be able to afford housing.

For Anderton, this is in stark contrast to what the state struggled with during the Great Recession.

“In the depths of the Great Recession, we were hungry for growth because it was difficult to sell a home. It took six months, sometimes even a year, to sell a house. So we did everything we could to achieve growth. And now we are the leaders in economic growth in the country, ”he said.

“But with that there are now more people, more jobs and unfortunately more priceless housing,” he said.

There is certainly a price to be paid for all of this growth. And 2021 proves it.