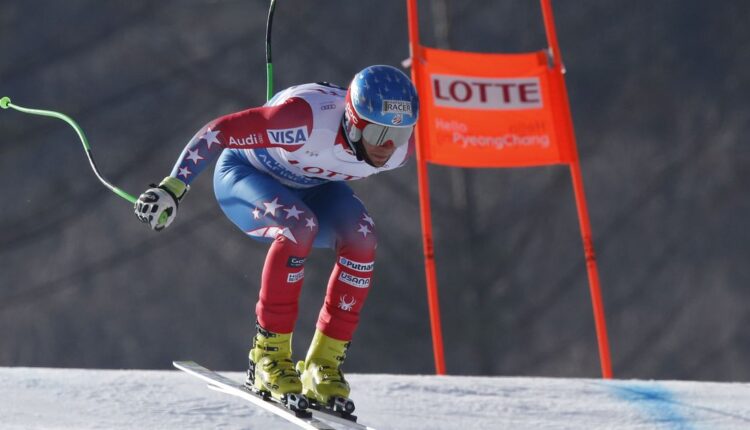 If Utah ever hosts another Olympics, we need bold climate action now.

The Infrastructure Bill will help turn Utah away from a fossil fuel economy.

Steven Nyman from the United States flies during the first training session for a World Cup Downhill as a test event of the 2018 Winter Olympics in Pyeongchang at the Jeongseon Alpine Center in Jeongseon, South Korea, Thursday, February 4, 2016. (AP Photo / Lee Jin-man)

Posted by Steven Nyman | Special on The Tribune

My home state of Utah features the Greatest Snow on Earth, which not only attracts the professional athletes who train and compete in our 14 world-class ski resorts, but also the over 5 million skiing days enjoyed by those who come come here to spend a few days on the slopes.

Also, it doesn’t hurt that our ski resorts power a billion dollar industry that supported 18,500 jobs in Utah alone in the 2017-18 season.

However, a 2018 report by Protect Our Winters found that there is less snow in a warmer world. And when there is less snow, people ski less. To sustain the way we live and the livelihoods of tens of thousands of us in Utah, and to ensure a future where skiers from around the world come to enjoy Utah’s famous snow, our elected officials must invest in infrastructure that includes climate solutions.

I was born and raised in Provo and, as a four-time Olympic ski racer, called the Wasatch Range my home for decades. My whole family was skiing growing up and there was no greater joy than watching my little daughter learn to ski too.

Our snow put us on the world stage when Salt Lake City hosted the 2002 Winter Olympics Lake Organizing Committee, including our own Senator Mitt Romney.

It’s a feat that we can hopefully accomplish again in 2030 or 2034. Although I would love to compete on the Olympic stage here in my home state, I will retire when Utah can host the Winter Games again. In fact, I’ll be 40 next year; quite possible on an Olympic race day. But all this talk about retirement and what’s next makes me think about our future: what kind of world are we leaving behind for our future Olympians?

The answer is certainly a very warm one, and possibly one without enough snow to ski, let alone host the games. A well-known study of past cities hosting the Winter Olympics predicts that due to climate change in 2050, almost half will be too warm to host the Games. If we are to continue to boast of “the world’s greatest snow,” Utah has a unique responsibility to protect our thriving ski industry from the effects of climate change.

This doesn’t mean that every weekend we have to stop going to the mountains to hike, ski, and enjoy time with our families. Our individual actions will not be enough to avoid the most catastrophic effects of climate change. What we need are systemic changes in our energy generation and use as well as our mobility, so that our daily actions contribute to climate solutions and not to the climate problem.

The infrastructure bill now before Congress is an opportunity to invest in millions of American jobs by ensuring that all workers move to an economy powered by renewable energy. This is a start in creating a path for those in Utah who work in the dying fossil fuel industry to find good jobs while ensuring our children have the same opportunities to play in the snow as we do – and do at the same time take steps to save our state’s $ 1.4 billion ski industry.

This requires courageous leadership from our elected officials, which is why I call on the entire Utah congressional delegation – as a Utahner by birth, as an Olympian, and most importantly as a father – to join Mitt Romney and help build a futuristic Utah and take action to protect our winters through them Support bipartisan infrastructure legislation.

Steven Nyman is a four-time Olympic ski racer and a member of the Protect Our Winters Athlete Alliance based in Provo, UT. @Steven_Nyman