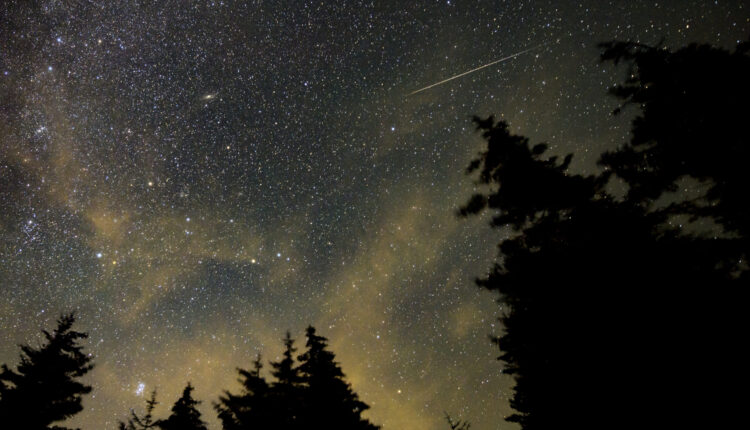 From our vantage point at Dinosaur National Monument, lying on the ground and staring at the sky full of stars – seriously, an overwhelming number of stars – streaks of green, white, gold, and blue flashed across the sky, courtesy of the Perseid Meteor Shower . We let out audible gasps and shouted “that was good!” And “look over there!” like children at a fireworks display, at the same time full of amazement and confronted with the insignificance of our existence. So if you’re wondering whether it’s worth heading to a certified Dark Sky Park to see the Perseids, the short answer is yes. The long answer is “damn yes”.

While stargazing is a worthwhile endeavor in and of itself, the Perseids are special, returning every year and lighting the sky from mid to late August. The Perseids occur with such regularity because the Earth traverses the orbit of Comet Swift-Tuttle in its 133-year orbit around the Sun from mid-July to late August each year. The Perseid meteor shower peaks when Earth passes the densest area of ​​the comet’s trail, usually around August 11-13, but the meteor shower remains visible until August 24 or so.

The streaks of light during the Perseids sometimes appear green or other colors, which NASA experts believe is due to how the meteoroids “stimulate” oxygen molecules when they hit the atmosphere. This is the bright light that we see, the meteroid (debris from the comet’s trail), which evaporates upon contact with the upper atmosphere of the earth.

At its peak and when conditions are right, NASA estimates you will be able to see around 40 Perseids an hour. That doesn’t explain the dozen and dozen we can’t see. But the number of meteoroids you see depends a lot on the brightness of your sky. According to the NASA blog, the brighter skies of the suburbs have greatly reduced the rate of meteorites visible, from one Perseid every few minutes to one every 6-7 minutes. What if you try to see the Perseids in a city? You might as well stay inside. City dwellers might see a Perseid or two during the entire hour.

That’s why you haven’t seen a meteor shower, let alone the Perseid meteor shower, until you saw it in a Dark Sky Park, and Utah may be the best place in the world to do it. For reference, when looking at the Perseids in Dinosaur National Monument (a Dark Sky Park) it was so dark at night that I could barely see the people lying shoulder to shoulder on the ground next to me. We stayed at Split Mountain Campground for the night, but any of Dinosaur’s campsites or campsites in other Dark Sky Parks is sufficient as you have the best views early in the morning.

Not far from Dinosaur National Monument, a star viewing party at Steinaker State Park in Uintah County, Utah (photo courtesy of the Utah Office of Tourism)

Regardless of where you see the Perseids, you should give your eyes some time – up to 45 minutes – to get used to the darkness. On our meteorite observation trip to the Dinosaur National Monument, we brought binoculars with us, but they were rarely used. The best viewing experience is with the naked eye, so you can use your field of vision to see as much of the sky as possible.

Salt Lake has already written about how Utah’s Dark Sky Parks make it the unofficial world capital of stargazing. The International Dark-Sky Association (IDA) certifies dark sky parks around the world and with more than 20, Utah has the highest concentration of almost anywhere. You can find them anywhere using the Finder on the IDA website.

The latest issue of Salt Lake Magazine is now available at the newsstand. Subscribe to have every issue delivered straight to your home.