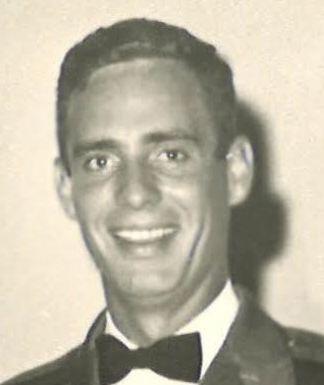 James Edward Moore died peacefully at his home on May 1, 2021 after battling Alzheimer’s for the past few years. Jim was born on March 8, 1932 in Erick, Oklahoma, to parents W. Lee Moore and Irene Drace Moore. He was a curious and precocious kid who rode his tricycle down the middle of Highway 66 at the age of 4 to watch a painter friend at work in a new place.

Between the ages of 10 and 11, Jim and his family moved from Erick to Pampa, Texas, and there he graduated from Pampa High School in 1950. He was president of its junior and senior classes. After visiting Colorado on vacation, he decided he loved the mountains and attended Colorado State University, which was then the Colorado A&M, and received his BS in 1954 with a major in range management and forestry. Upon graduation, Jim joined the US Air Force and flew as a pilot for three years before departing as 1st Lieutenant in 1957. He was later promoted to captain while serving in the reserves.

Jim met Carolyn Currey at Austin Avenue Methodist Church when he was retiring from the Air Force in Waco, Texas. They married in November 1957. They raised two children – a daughter, Melanie Susan, born in December 1960, and a son, Tate Connor, born in January 1963. Both were born in Cody, Wyoming. Jim loved his family, he attended all of their activities and also served as the PTA president of their elementary school.

After completing his military service, he resumed his career with the US Forest Service and served in Durango, Colorado. Cody, Wyoming; Juneau, Alaska; Atlanta, Georgia; and Ogden, Utah. While in Cody, Forest Service remembered that Jim could fly airplanes and this led him to combine his forestry career with flying lead planes over forest fires and directing the drops of the fire retardant out of the air. From then on, Jim’s career was related to forest fires. He served as Regional Air Operations Officer in Alaska and retired from the Ogden Regional Office in 1985 as a multiregional fire extinguishing equipment specialist. He wrote several books for the forest service for training purposes and received two special recognition awards for developing nationally used training programs. After his first retirement, Jim worked as an industrial trainer for Thiokol, Inc. from 1985 to 1988 and as an industrial trainer for Hercules Aerospace from 1988 to 1993, where he saw two shuttle take-offs from Cape Canaveral.

Jim and Carolyn enjoyed having a trailer for many years, hiking in nature in places from Canada to Texas. Traveling abroad has been another pleasure with trips as diverse as Australia, Tahiti, several European countries, China and many others. After his second retirement, Jim became a master gardener and spent many hours enjoying his garden. He loved to read and learn and always stay curious. He was known for his wit and humor and enjoyed the teasing. He introduced himself to Carolyn by asking her if she knew of some good marshland where he could start raising frogs to provide restaurants with frog legs. She thought he was crazy, of course, but he made her giggle for the entire 63 years they were married.

For Jim and Carolyn, one of the best things about living in Utah was attending the Utah Shakespeare Festival in Cedar City. After their first visit in 1987, they didn’t miss a single year until COVID. Jim was a member of the First United Methodist Church in Ogden and served at various times as usher, Sunday school teacher, chairman of the board of directors, and trustee.

Jim is survived by his wife Carolyn, daughter Melanie (Brent) DeHart, son Tate (Michelle) Moore, and grandchildren Sawyer and Darby DeHart, Nicole Moore and Dusty (Stephanie) Huff, and two great-grandchildren, Reuben and Layla Goodfellow. He was preceded in death by his brother Lee and wife Pat and parents.

A memorial service to celebrate Jim’s life will be held on Saturday, May 8, 2021 at 2 p.m. Military honors will be presented at 1:45 p.m. at First United Methodist Church, 1339 West 400 North, Marriott-Slaterville. Masks and social distancing are required on duty.

Instead of flowers, donations could be made to his church, the Alzheimer’s Association, or the Utah Shakespeare Festival.

Condolences can be sent to the family at www.myers-mortuary.com

New coordinator says Salt Lake City is the ‘epicenter’ of homelessness in Utah. Here’s why Ogden officials are pushing back.