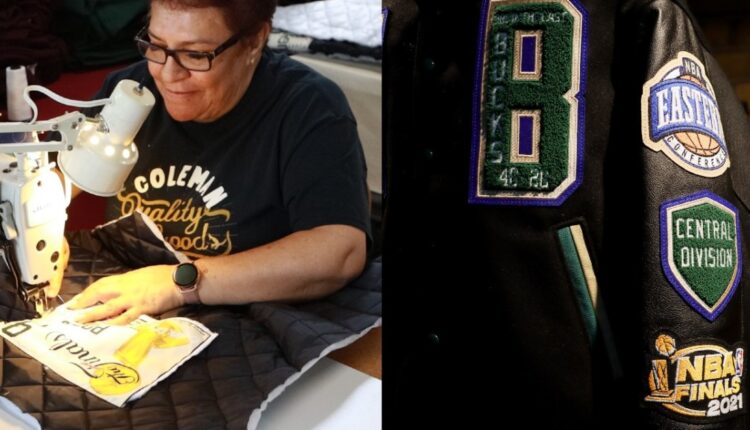 Jazz doesn’t win, but Ogden Company is part of the NBA championship

OGDEN, Utah – Although Utah Jazz didn’t make it to the NBA Finals, an Ogden company is attending the championship celebrations.

Shortly after Giannis Antetokounmpo and the Milwaukee Bucks won this year’s title, the people at Coleman Knitting Mills got down to work on the team’s new Letterman commemorative jackets.

According to officials, the company’s seamstresses worked “at full speed” to get them ready for the players on Thursday. A total of 16 jackets were made, each specially tailored to the size of the team’s players.

“I would like to make a jazz jacket now, but we will be satisfied with the bucks,” said company owner Abrahm Dalebout.

Having previously made custom jackets for Antetokounmpo, Utah’s Donovan Mitchell, and other NBA players, the Bucks recently turned to Coleman Knitting Mills to make jackets for the entire team in case they went all the way.

Knowing that business was at stake if the Bucks won on Tuesday, Dalebout said he could barely watch Milwaukee’s title win. When the last buzzer sounded, Dalebout texted his seamstresses to prepare them for the work ahead.

The historic drought of the west in 3 maps