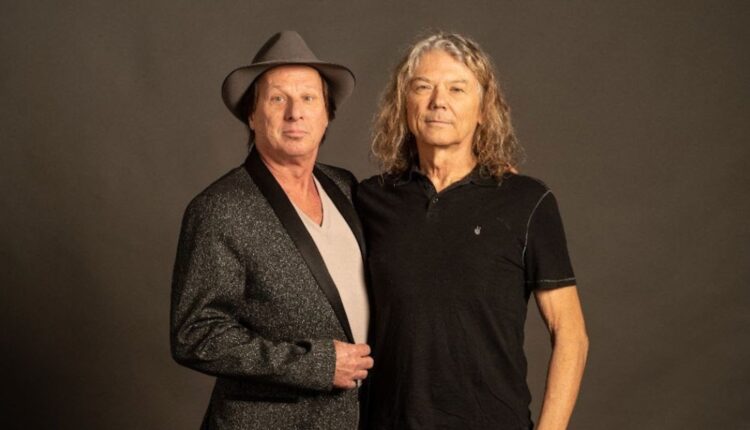 Today, Jerry Harrison and Adrian Belew have announced plans to set out on tour in mid-February. The collaborators joined forces on stage at Los Angeles’ The Wiltern last month in celebration of the 40th anniversary of Talking Heads’ 1980 drop, Remain in Light, and will continue to commemorate the beloved material with a full-blown tour beginning on Feb. 16 at Denver’s Ogden Theatre.

On the road, the musicians will be joined by Cool, Cool, Cool, comprised of former members of Turkauz, who will play an opening set before Harrison and Belew’s billed performances. Following the first night of the tour, the ensemble will trek through the Midwest, making additional stops in The Centennial State before jumping over to Oklahoma City.

From there, the duo and their accompaniment will proceed with a gig in St. Louis, followed by stops in Minneapolis and Chicago before their arrival on the East Coast, where they’ll take a stand at Town Ballroom in Buffalo, NY, followed by an evening at Toronto’s Danforth Music Hall on March 2. A highly anticipated tour date lands on March 9 when the musicians take Sony Hall in New York City, before a gig in Boston, and the tour ender in New Haven, Conn., on March 11.

In a press release shared by the musicians, Harrison offered: “Remain In Light is a high point in my career.” He concluded, “Adrian and I had often discussed the magic of the 1980 tour and the sheer joy it brought to audiences. It is such a delight to see that joy once again in the audiences on the current tour.”

A special pre-sale, which offers a very limited number of “Once In A Lifetime” Meet & Greet VIP passes, will go on sale this Wednesday, Nov. 2, at 10 am ET, followed by general ticket on-sale, beginning Friday, Nov. 4 at 10 am ET All tickets can be purchased at remaininlight.net.

Scroll down to see a complete list of tour dates.

BYU football: How Cougars view last meeting in while with Boise State