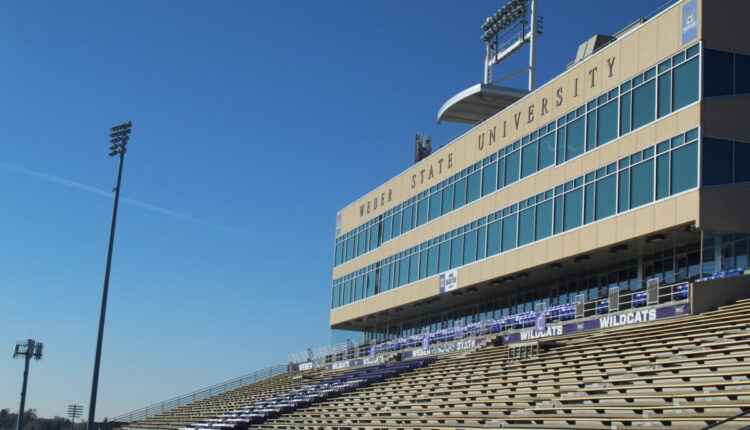 The press box and west side grandstand of Weber State’s Stewart Stadium is seen Nov. 20, 2022, in Ogden.

OGDEN — Jay Hill’s departure from Weber State football became official Wednesday morning with BYU hiring him away to be the team’s associate head coach and defensive coordinator. Offensive coordinator Mickey Mental, who came to WSU with previous head coaching experience, was put in charge as interim head coach that day.

And as current assistant coaches are on the road recruiting, administration back home is hoping for an efficient process that will yield a head coach who can continue the success of Hill’s nine-year tenure.

Weber State will try to thread the needle between hiring the best coach from a robust pool of candidates while also moving quickly. The clock slows for no football program, no matter what kind of legend it might be trying to replace.

“The search began immediately,” WSU athletic director Tim Crompton told the Standard-Examiner. “We want our football program to move forward as seamlessly as possible and our timeline to hire a new coach will fall in line with the needs of the program.”

Working in WSU’s favor? Coaching football at Weber State became exponentially more desirable in the last nine years as Hill, assistant coaches, players and the university boosted the program’s standing into a perennial playoff team that is consistently nationally ranked — often in the top 10 — of FCS football.

“The success of the program has elevated interest in the head coaching position,” Crompton said. “Weber State is an outstanding institution and a desirable place to be a coach.”

There are talented coaches on staff, others with connections to Weber State and those who may be unearthed during the process. An official job posting went up Wednesday on the school’s website. Several coaches or their representatives reached out the same day the vacancy became official, Crompton said.

A committee will vet the candidates and the school wants to make a choice sooner rather than later. Weber State wants to hire someone who can add to his recent success and help the Wildcats reach the top.

“The goal is to hire a head coach who will lead the football program in our pursuit of a national championship,” Crompton said.