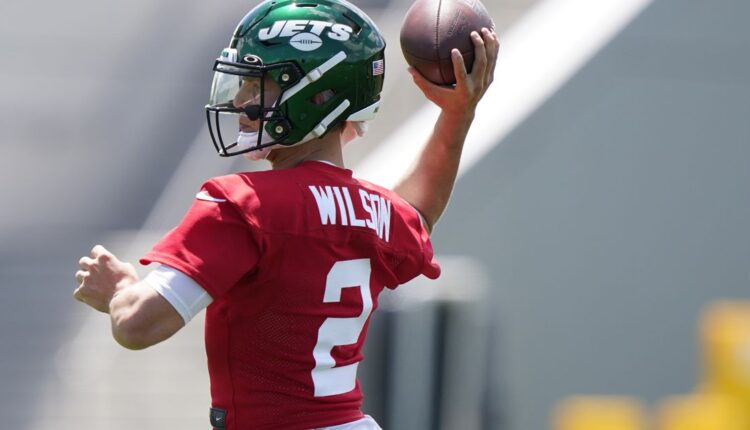 JetBlue founder David Neeleman had a dilemma: he wanted to see the BYU-Utah game in Provo on September 11th and the NFL debut for his nephew, New York Jets rookie quarterback Zach Wilson, in Charlotte the next day experience.

The problem was there weren’t any flight options that would allow him to do both.

His solution? Set up a charter flight and it gives 200 fans a chance to pay for their way and spend a “one-in-a-lifetime weekend” with the jets at the Carolina Panthers’ season opener.

The Wilson Weekend website describes everything the exclusive experience entails, from the cost of those wanting to book a seat on the charter flight and a hotel room, to arriving in Charlotte and all the other details in between. And of course, you see Wilson, the former BYU and Corner Canyon high-star quarterback who is slated to start as a rookie for the Jets, playing in his first regular season NFL game.

“David was looking for flights to attend both events. No route or flight would solve the problem. The options were either to miss the BYU vs. Utah game or to be late for the Jets game, ”the website said. “Knowing that he was not alone, David’s creative problem solving began. How could he make it to both events and offer others a chance in a similar situation?

“When you understand the impact Zach has had on BYU and the state as a whole, chartering a smaller jet wouldn’t be enough. For this reason he chartered a total of 200 Jetblue A320 passengers to share this unique weekend with many others. “

For BYU fans, the trip would include an added bonus: it will also be the NFL debut for another former Cougar, left tackle Brady Christensen, a Bountiful High Grad, and a Panthers third round draft pick.

So what would it take to join the party?

Are there any questions?

The Wilson Weekend website has a Q&A section detailing the final points of the experience.

Man jailed in Ogden for indecency and drunkenness