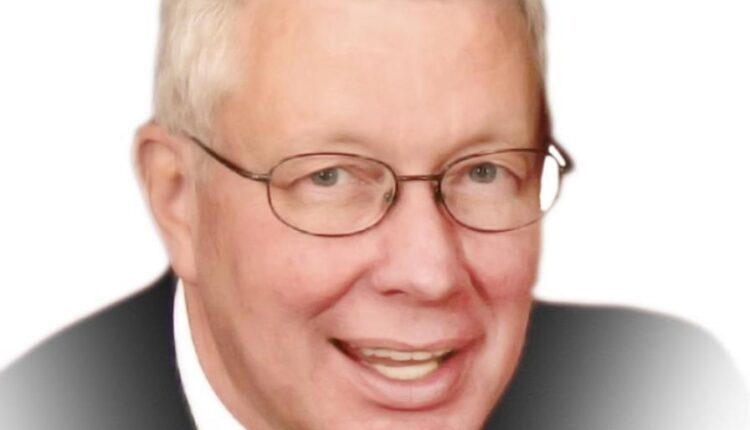 Jon Wallace Larson, age 80, passed away in Logan, Cache County, Utah on Monday, December 5, 2022. He was born to Rudolph Vernon Larson and Helen Calder Larson in Tacoma, Washington on May 8, 1942. He grew up in Tacoma ; Vernal, UT; Smithfield, Utah; and when he was about eight years old, the family settled in Roosevelt, Utah. Jon attended BYU where he met Sally Rae Drawhorn. They were married in the Salt Lake Temple on August 17, 1965. Their children are Rebecca Siniscalchi, Maria Larson, and William Lawrence Larson. They have nine grandchildren: Reese Hoefnagel, Jon Kohler, Em Beane, Nathan Beane, Elizabeth Beane, Marlie Siniscalchi, Tessa Siniscalchi, Wesley Siniscalchi, Noah Siniscalchi, and Rachel Siniscalchi. As his family members, we always knew of his love and never left visits with Jon without a huge bear hug and “I love you.”

Jon graduated from Union High School in Roosevelt where he excelled in academics and sports. He received bachelors and masters degrees from Brigham Young University. In his youth, he developed a strong work ethic and deep sense of integrity. A Vietnam War veteran, Jon served in the US Army Medical Corps as a First Lieutenant.

After earning an MBA at BYU, Jon worked in human resources at BYU, and Ricks College. He later worked for the Church of Jesus of Jesus Christ of Latter-Day Saints at church headquarters in Salt Lake City in the Temple Department. Upon retirement, he and Sally moved to Cache Valley where Jon was an assistant recorder in the Logan Utah Temple.

Jon’s love of the outdoors spurred many interests and hobbies including: scouting, hiking in the mountains, bird watching, and gardening — especially fruits and vegetables. He was an accomplished amateur photographer and his work reflected his love of nature. His favorite place to go with Sally was the Oregon Coast. They loved the beach. Jon could never have enough books, and he enjoyed movies.

A member of the Church of Jesus Christ of Latter-Day Saints, Jon cherished his testimony of the gospel. He dedicated and lived his life 100% based on gospel principles. He had a deep love of the Savior, Jesus Christ, and was a lifelong student of the scriptures, especially the Book of Mormon. As a young man, Jon served as a missionary for the Church of Jesus Christ of Latter-Day Saints in the West German Mission. He served in many church positions, including bishop and his favorite scoutmaster. In later years, he and Sally served a public relations mission together in Nauvoo, Illinois. He loved the temple and treasured the opportunity to serve there.

Interment will be in the Smithfield City Cemetery.

The funeral service will be live-streamed at www.allenmortuaries.com