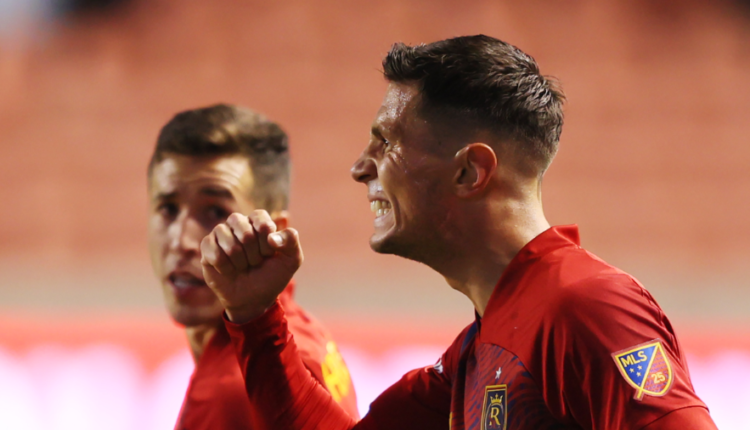 SALT LAKE CITY, Utah – Real Salt Lake scored the opening goal of the game against fierce rivals Colorado Rapids in the 12th minute when Aaron Herrera kicked a ball into the box that found Damir Kreilach’s forehead on the back post, who hit the ball quietly pushed into the gate back of the net.

Kreilach scored his 14th goal of the season, leading the team in terms of goals scored.

Kreilach was previously level on points with Luis Silva, Jeff Cunningham and Álvaro Saborío, who had previously scored in four consecutive games.

The goal gave Real Salt Lake a 1-0 lead against Colorado Rapids in a game that would ultimately decide the Rocky Mountain Cup. The game marks a home stretch of six games that will be played over a period of 22 days.

Real Salt Lake and Colorado Rapids can be streamed in the KSL Sports & KSL 5 TV App or on KSL Sports dot com.