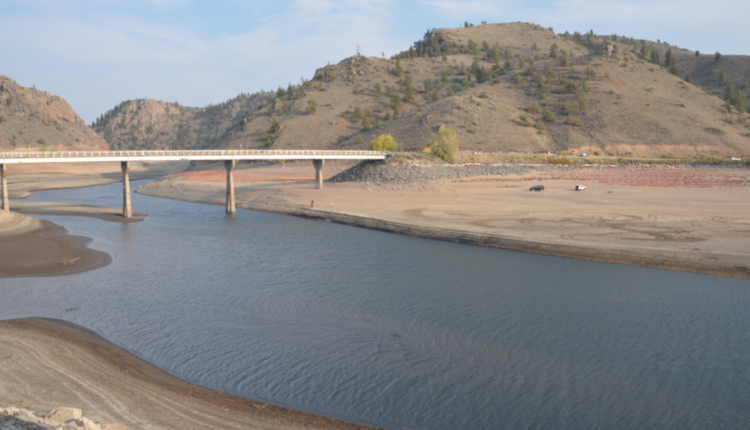 Lake Powell drops to its lowest level in history | news

Anyone who is tied to the Colorado River — farmers, ranchers, water providers, state and federal officials and recreational users — had hoped this day would never come.

Or at least not so soon.

The US Bureau of Reclamation announced Lake Powell, which gets its water from the Colorado River, had dropped to an elevation below 3,525 feet on Tuesday.

That elevation, according to the bureau, is the lowest at Lake Powell since it was first filled after the river was dammed at the Glen Canyon more than a half century ago. That’s despite water being pumped late last year into the Colorado River and into the lake from Blue Mesa and Navajo reservoirs in Colorado, and from the Flaming Gorge Reservoir in Utah.

The low level is a critical elevation for a seven-state drought contingency plan signed in 2019. The intent of that plan is to keep Lake Powell from dropping below the 3,525 feet, a target tied to maintaining hydropower at Glen Canyon. That power goes to seven states, including Colorado and Nebraska. Revenues from the power also pay for major environmental programs, both at Glen Canyon and in the Grand Canyon.

The low level is only temporary, according to the bureau and other experts, as spring runoff from snowpack is expected to raise the level back above the target elevation.

The Colorado Water Conservation Board said Wednesday that the decline in Lake Powell was caused by “over 20 years of low inflows in the Colorado River System, coupled with depletions that exceeded supplies.”

“The imbalance between depletions and available river flows has historically been compensated by taking water from storage in Lake Powell and Lake Mead to provide for downstream depletions, thus causing declines in reservoir elevations,” the board added.

According to Becky Mitchell, director of the Colorado Water Conservation Board and Colorado’s representative on the Upper Colorado River Basin Commission, the decline is “a direct result of depletions from our major reservoirs over the last 20 years, coupled with low flows into Lake Powell. “

Mitchell added that, as Lake Powell and Lake Mead — which takes Colorado River water from Lake Powell and sends it to the lower basin states of California, Arizona and Nevada, as well as to Mexico — have declined, water users in the Upper Colorado River Basins are living on the front lines of climate change.

“The Upper Basin states of Colorado, New Mexico, Utah, and Wyoming have been taking water cuts for 20 years due to prolonged drought, while continuing to meet compact obligations,” Mitchell said. “On top of this, water has been provided from Flaming Gorge and Blue Mesa Reservoirs in an effort to protect Lake Powell. Going forward, all who rely on the Colorado River System must learn to live with what the river provides and adapt to variability of water supply.”

U-Talk: What was the highlight of your summer? | News, Sports, Jobs