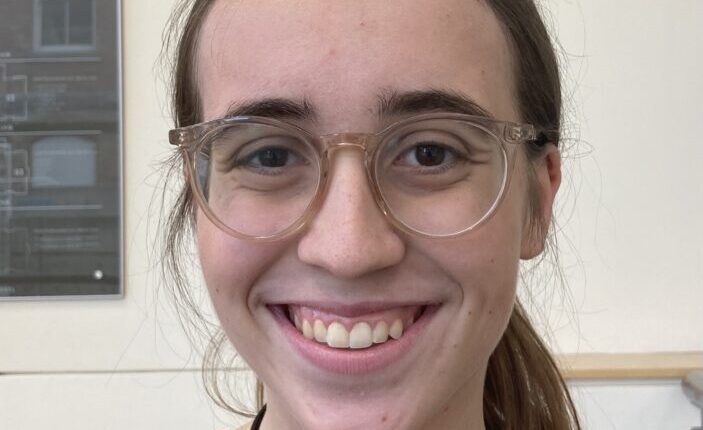 U-Talk: What was the highlight of your summer? | News, Sports, Jobs

“(My highlight) was probably going to Costa Rica. We spent a week there and I know Spanish so it was really fun to practice my Spanish. We went to a bunch of national parks and just visited the ocean and walked around town. My favorite part was probably seeing all the wildlife, like the monkeys and the sloths, it was really fun.” — Lizzie Augh, Provo

“I went up to Park City with my family because my aunt and uncle have a house up there and we celebrated the Fourth of July together. We usually cook. My cousin is in culinary school right now, so she usually cooks and we all just kind of hang out, have fun, watch movies. This year we watched ‘Napoleon Dynamite.’ This year she made fajitas. She made the spice and everything herself instead of getting the store-bought stuff.” — Cameron Whatcott, Provo

“Getting with family. I had my mother-in-law visit, she’s from a different country — Australia — we hung out for a month. I stayed inside a lot, worked on a book. I went to the Tetons and did an adventure race, it’s just running and biking. … Running up a mountain and kind of biking around the mountain with my brother-in-law. I learned how to ride a trail, ride on a mountain bike. I’ve never done that before.” —Kevin Klein, Orem

“I went on a trip to Colorado and we went to this place called Estes Park, and it’s just this beautiful place up in the mountains. It was really cool for me because my last name is Estes, and I was like, yeah, kind of a cool coincidence, so now I’m a real Estes now that I’ve been there. We went to a lot of different shops, we went on a little trail, and just took cool pictures, and just took in the beautiful nature I guess.” — Carter Estes, Provo

“Well, we got to go visit my husband’s family in North Carolina and we did a bunch of different stuff out there. We got to see lemurs. Duke, they live in Chapel Hill, but next to Durham and they had this Duke lemur. It’s like an exhibit, but they have lemurs living there and they can go through the trees and stuff, and we got to see them, so that was really cool. I don’t know if I’ve ever really seen lemurs before and we got to learn about them. They had a bunch of people who were experts and they told us all about them and kind of their mission.” — Elizabeth Tagg, Provo

Photos and interviews by Tiana Lao, Special to the Daily Herald.

Have a suggestion for a question you’d like us to ask? Send it to [email protected]

Lake Powell drops to its lowest level in history | news