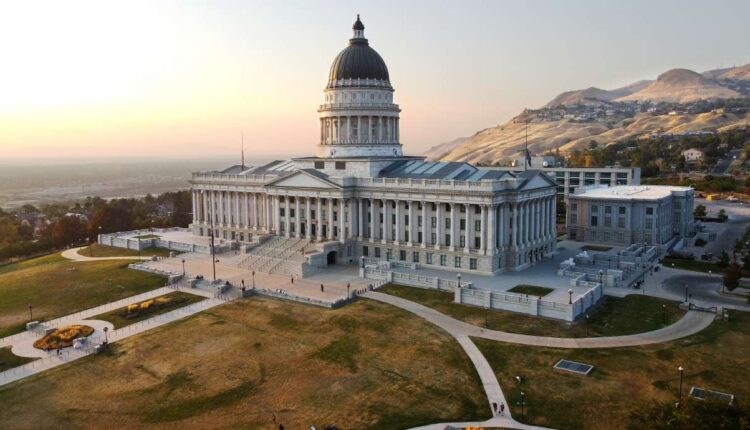 SALT LAKE CITY — State lawmakers are already planning further cuts to state income taxes, after a report projected the state could have more than $3.3 billion in budget surplus going into next year.

Last week, during the final full week of interim meetings ahead of the 2023 general session in January, Utah’s Revenue and Taxation Interim Committee approved draft legislation that would reduce the state income tax rate from 4.85% to 4.8%.

The bill comes less than a year after the Legislature approved a $200 million tax cut this winter, and is likely the first proposal of many to further reduce the tax burden on Utahns.

Sen. Curt Bramble, R-Provo, said as much during the committee’s meeting on Wednesday, asking other lawmakers to recognize that the bill is a “starting point, and that there are significant ongoing discussions about a comprehensive approach to tax policy and tax reductions as we move into the session.”

The Utah Taxpayers Association is urging the legislature to go even further. The group issued a report last month saying the state could cut the income tax rate to 4.5%, “even after factoring healthy increases to education spending and other priorities.”

Although the bill passed the committee overwhelmingly — 3-0 among senators and 10-2 among representatives — it had its detractors, some of whom argued the cuts will have little impact on most families and said the money could be better spent on funding education and other programs.

Matthew Weinstein, state priorities partnership director with the advocacy group Voices for Utah Children, argued that most state employees are underpaid, which has led to shortages of teachers, bus drivers, prison staff and other workers. Rather than cutting taxes, he told the committee it should focus on the “tremendous number of unmet needs” in the state.

“In particular, cutting the income tax rate is not a good return on investment for your … average middle-class family of four,” he said. “If you cut the rate to 4.8%, they get about $50, but they’re giving up more than twice that invested in their children’s education for each child. The hit to education is over $100 per child in foregone investment, making it that much harder to address our large class sizes (and) our nearly-highest in the nation rate of teacher attrition.”

Rep. Joel Briscoe, D-Salt Lake City, said any tax cuts should be more targeted to those who need the extra cash the most, like people on fixed incomes or who qualify for child tax credits.

“I’m not opposed to tax cuts,” Briscoe said. “I think, however, we ought to focus them and lowering the income tax, to me, is not a focus. I think there are people who are more impacted by inflation now than just the general population. … When we lower the income tax, we significantly give tax relief to the people who are at the very pinnacle of the income pyramid, which is one of my concerns here.”

The committee also gave its recommendation to a proposed constitutional amendment that proponents say would be a hedge against inflation, by allowing the legislature to increase the exemption residential homeowners can receive on their property tax.

Under the current Utah Constitution, homeowners can have up to 45% of the fair market value of their residential properties exempted from property taxes. With the new amendment, the legislature would be able to pass laws to exempt more than 45% of the value from taxes, and would prohibit the state or cities from taxing real estate purchases.

“One of the concerns we heard from constituents … is the unpredictability, or what we’ve recently seen in trends from unpredictability from residential home value spiking as it relates to property tax,” Sen. Dan McCay, R-Riverton, told the committee.

Even if the bill is passed by the Legislature, it would need to be approved by a majority of voters during the next general election before going into effect.

Where did Utah’s budget surplus come from?

The state announced its most recent financial summary last Tuesday, which showed that Utah finished fiscal year 2022 with a $1.3 billion surplus. That’s on top of nearly $2 billion that was previously set aside as reserves for the next fiscal year.

State leaders said the surplus is the result of economic volatility and income tax payments associated with stock market and real-estate capital gains in 2021, and said they consider the surplus to be an anomaly.

“State leaders will use caution in spending these funds,” they said. “We remain committed to fiscal responsibility as we seek to fund projects that will serve our state now and for generations to come.”

The state will have $2.2 billion in the education fund next year, thanks to an 11% increase in income tax revenue in 2022. The state’s general fund will have nearly $1.2 billion available, after increases in revenue from sales tax, federal mineral leases and oil , gas mining severance taxes.

State Division of Finance Director Janica Gines said several of those increases — especially for sales tax and oil and gas — are, in part, the result of ongoing inflation and high gasoline prices.