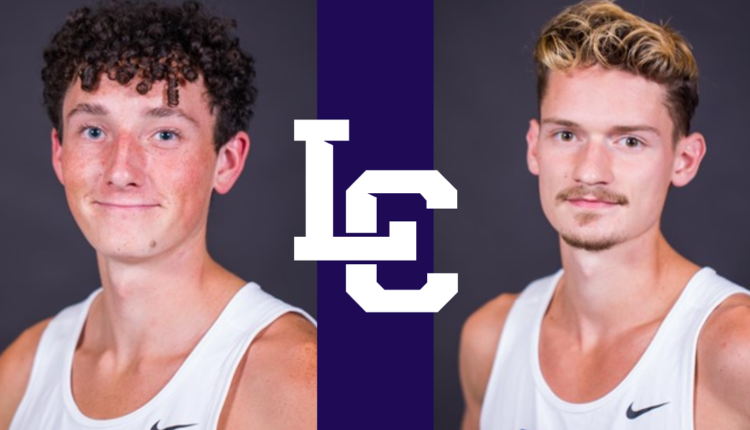 LEWISTON – Cole Olsen and Clayton VanDyke have done nothing but make history at Lewis-Clark State College, and they are not done yet. After closing out historic careers at outdoor nationals in May, the duo became the first LC State student-athletes to be voted CoSIDA Academic All-Americans more than once in their careers. Both were named 2021-22 Men’s Track and Field/Cross Country First-Team Academic All-Americans.

“Both young men ended their final seasons with outstanding performances at nationals, so to add this is a great way to wrap up a career,” Head Coach Mike Collins said. “We will miss both of these guys very dearly as they brought a lot to our program in so many ways. They raised the bar for their teammates, future warriors, and made sure the coaching staff was working to keep up with them.”

Olsen is the only warrior in school history to compete at 14 national events. By taking advantage of his extra year granted by the NAIA due to Covid, he was able to compete at every national event possible in his career with five appearances at cross country, five indoor and four outdoor. He leaves LC tied with Sam Atkin for the most All-American honors in a career with eight.

In his senior season, Olsen bested Olympian Atkin’s record in the indoor 3,000m (8:16.29) and set the LC indoor 5,000m record (14:33.24) as well. He earned three All-American accolades during the year after finishing fourth at cross country, eighth in the indoor 3,000m and fourth in the outdoor 10,000m. Olsen was the Cascade Conference Champion in the 10,000m and finished second in cross country and the 5,000m to earn all-conference honors. He was voted the CCC Runner of the Week and NAIA National Runner of the Week once, and also earned CoSIDA Academic All-District and Academic All-Cascade Conference honors.

“I think that this award is a testament to the amazing athletic and academic programs that I was fortunate enough to be a part of,” Olsen said. “It’s easy to do big things when you have a whole community to pave the path. Thanks to everyone who had a helping hand in that.”

“This is a great way to cap off my career as a student-athlete,” VanDyke said. “I have worked hard to get to where I am at. I can walk away from college proud and motivated knowing what I have accomplished. Not many people get to experience what I have, and I will cherish every moment I had at LC State. There is no one else from this team that I would rather share the honor of this award with than Cole Olsen. Thank you to everyone for supporting me and motivating me to be who I am.”